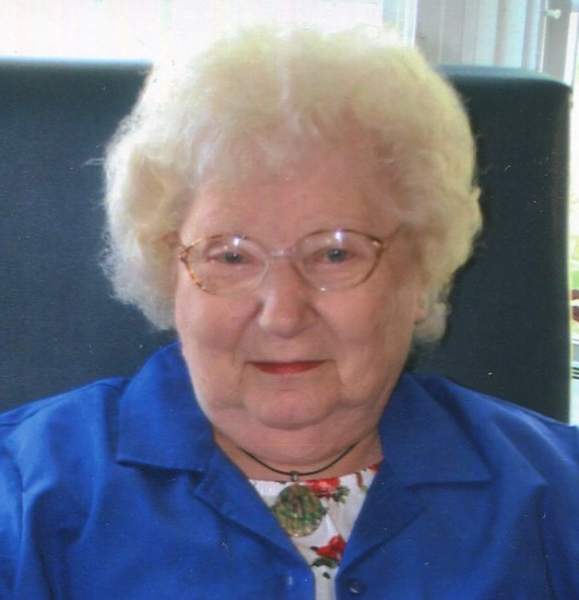 She was born June 6, 1925 in the Township of Richford, the daughter of Gustave and Laura (Schrank) Bruch. She married Herbert G. Pomplun on October 6, 1945 at St. Peter’s Lutheran Church in Richford. He preceded her in death on January 1, 2006.

Wilma was a graduate of Stevens Point University. She taught at Woodville, Spees and White River country schools. Later, she taught at Redgranite Elementary School for 8 years and then Riverview School in Wautoma for 20 years until her retirement. She was a longtime member and past president of Professional Business Women’s Club. Wilma also belonged to Wisconsin Education Association and Waushara County Retired Teachers group. She was a member of Hope Lutheran Church in Wautoma and the Martha Ruth Circle. She enjoyed reading, gardening and having impromptu parties for her grandchildren.

In addition to her husband, she was preceded in death by one son, Alan Pomplun; three sisters, Adeline Quinson, Violet Roeske, Evelyn Fehlberg; three brothers, Harry, Donald, and Orval.

Funeral services will be held on Thursday, Nov. 30, 2017 at 11:00 a.m. at Hope Lutheran Church in Wautoma with Rev. Michael Thomas officiating. Burial will be in Richford Cemetery.

Visitation will be held on Thursday at the Church from 9:00 a.m. until the time of services.

To order memorial trees or send flowers to the family in memory of Wilma Pomplun, please visit our flower store.