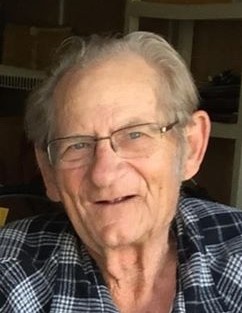 William Otto "Bill" Klemm, age 81, was received into the arms of his savior on June 11, 2019.  He was born to Ervin and Edna (Prellwitz) Klemm on February 10, 1938 in Bear Creek, WI.  He graduated from Little Wolf High School and attended Milwaukee Institute of Technology obtaining his master barber's license.  On June 6, 1959 he married his high school sweetheart and the love of his long life, Harriett (Vaughan).  Together they raised 5 children in their loving home. Bill was an avid member of the community and a lifelong member of Zion Lutheran Church in Manawa. He was a 3rd generation barber, following his father and grandfather and was the owner and operator of Klemm's Barbershop for many years.  He always said "if you love what you do, you never have to work, and I never worked a day in my life."

Services will be held at Zion Evangelical Lutheran Church in Manawa on Friday June 21st at 7:00 pm with a visitation at 5:00pm at the church until the time of the service.

To order memorial trees or send flowers to the family in memory of William "Bill" Klemm, please visit our flower store.