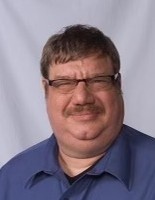 William "Bill" A. Denkert, age 63, passed away on Thursday, April 29, 2021, at Aurora Medical Center in Oshkosh, WI. He was born in Niagara Falls, NY, on March 21, 1958, to Avery W. and Arlene J. (Lutz) Denkert. He grew up in Madison, WI and graduated from LaFollette High School in 1976. Bill then attended U.W. Platteville and earned his Bachelors of Science Degree in 1980. He was a member of the TKE Fraternity where he was known as “Bulk”. On May 28, 1983, he married Karen Fischer in Ripon, WI. Bill worked as a radio host for WOSH/WYTL in Oshkosh, WI for several years before moving to Freeport, IL where he went on to work for sales at WFPS/WFRL.  He also enjoyed announcing for the Freeport Pretzels' Football Team.  After 20 years, he and his family moved to Ripon, WI where he worked for WRPN "Hometown Broadcasting" and then WAUH "The Bug" in Wautoma. He then went on to be a Marketing Consultant for WCWI "Wisconsin 106" in Adams, WI. Bill was very involved in civic groups in many cities over the years, especially Chambers of Commerce and local Non-Profits.
Bill is survived by his two sons, Joshua and Mark (Kelly Wagner); his former spouse, Karen (Ken) Waterman; his brothers: John, Robert (Sally), and James “Jim”; his nephew, Matthew; his nieces: Sarah, Erin, and Amy; and his special cousins: Bruce (Mary) Bohm and Becky Bohm, along with other relatives and many friends. He was preceded in death by his parents.

In lieu of flowers, memorials can be made in Bill's name to a local civic charity of your choice.

To order memorial trees or send flowers to the family in memory of William "Bill" Denkert, please visit our flower store.