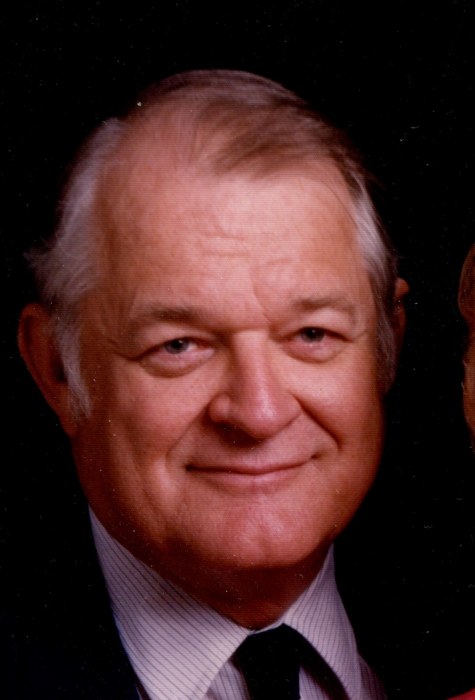 Bill grew up in and near Milwaukee.  He served his country in the Pacific Theatre for the US Navy during World War II. Returning from the war, he earned his Bachelor’s Degree in Psychology from Florida State University, then returned to Milwaukee. He worked about 40 years as the Safety Director for GM’s AC Spark Plug and Delco Electronics manufacturing plants in Oak Creek, WI. Shortly after retirement, he and his wife built and moved to a home in Mount Morris.

He was a proud and loving husband, father and family man. He made friends easily any place he went and liked to sing and whistle. He enjoyed fishing, boating and vacationing, especially in Eagle River, WI. He was mechanically inclined and used these skills throughout his life.

He was a founding member of Florida State’s chapter of Sigma Phi Epsilon, established February 1950. He was a member of the Milwaukee Chapter of the American Society of Safety Engineers.  Bill belonged to Wautoma Chapter 98 Order of the Eastern Star, Wautoma Masonic Lodge 148 and the Zor Shrine. He loved to ride his scooter in weekend parades while he was an active member of the Mascoutin Mavericks.

In addition to his wife, he was preceded in death by his parents.

Private interment will take place at Wisconsin Memorial Park in Brookfield, WI at a later date. If desired, memorials may be sent to Heartland House in Wautoma or Agnesian Hospice/Hope, Green Lake, WI.

To order memorial trees or send flowers to the family in memory of William Reitter, please visit our flower store.