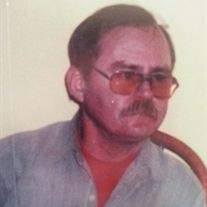 William "Bill" Muehe age 60 of Hancock, passed away peacefully Monday October 20, 2014 at St. Joseph's Hospital, Marshfield. He was born June 22, 1954, in Milwaukee, son of Charlie and Mary Ann Muehe (Jenkins). He lived in Hancock with his beloved companion, Patricia Marceau.

Bill was a Chief Petty Officer (Submarine Warfare Qualified), Machinist Mate in the United States Navy for over 21 years (1972-1992). He served on USS Thomas A. Edison during Vietnam, USS Jack, USS Simon Bolivar and the USS Dallas. Bill was extremely honored to have served among the world's finest sailors and carried that honor by being a loyal member of the American Legion and the VFW. Bill was a people person and would do anything to help others out if he could. For years he enjoyed fishing and hunting.

Bill is survived by his mother; beloved companion; 2 sisters; 1 brother; 5 children and 7 grandchildren.

A military memorial ceremony will take place Saturday October 25, 2014. His ashes will be dispersed at sea.


To order memorial trees or send flowers to the family in memory of William Muehe, please visit our flower store.