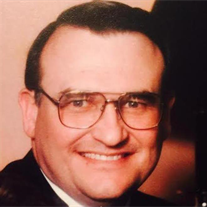 A loving husband, father, and grandfather, Bill was a veteran of United States Navy having served two tours in Vietnam. Bill began his career as a service technician for Xerox before transitioning to a successful career as a small business owner.

Bill will also be missed by many cousins, other family members, and special friends.

All services will be held on Saturday, March 12th at Hope Lutheran Church in Wautoma, WI. Visitation will begin at 9:00 a.m. and a memorial service with a military presence will begin at 11:00 a.m.

To order memorial trees or send flowers to the family in memory of William Lapp, please visit our flower store.