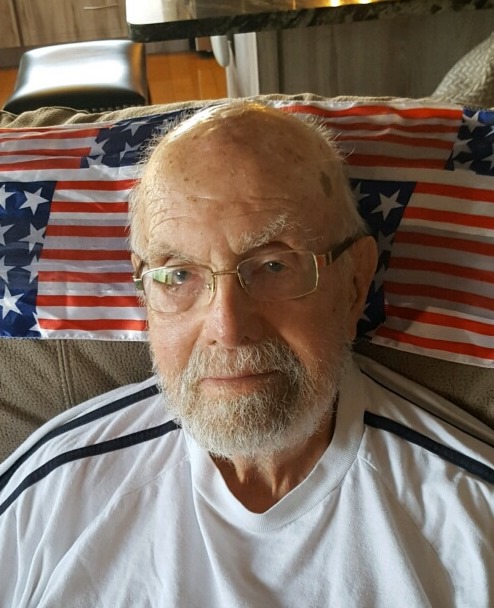 Bill was born June 19, 1927 in Wausau, WI, the only child of Henry A. and Isabelle (Walker) Downie. His parents moved to Wautoma, WI where he grew up and lived for most of his life. After his Father’s death, his Mother, Isabelle, grew her family’s cottage business on Silver Lake; “Walker’s Cottages” while working at the Military Recruitment Office in Wautoma. Bill helped with this business for many years. He did leave Wautoma High before graduation with diploma in hand to enlist in the navy after passing a special course on March 27,1945. He was stationed at the Great Lakes Naval Training Center in Chicago as a Pharmacist Mate First Class and joined the choir as a Collateral Duty. After World War II ended, Bill pursued an Engineering Degree at the University of WI Platteville but before he could earn it, he was called back to active duty and served overseas in the Korean War on April 27, 1951. Since the Marines pick their medics from the navy, he was immediately chosen as a Hospital-man for the 1st Marine Regiment, serving in a frontline Mash. During this war, Bill rekindled a relationship thru mail with a girl back home, Bonnie L Trickey; eventually asked for her hand in marriage and she wrote back, “yes”. After picking out the ring with his mother, they were married after his deployment ended in 1952, on September 27th. During their 49 years of marriage they raised 3 children; Pat, Sharon, and Denise and Bill served on the Wautoma School Board thru all three’s K-12 schooling. Bill was employed at Rockwell “Standard” where he started as a draftsman.  Then his mentor noticed his proficiency in social skills and high aptitude for engineering and offered him a sales engineer position selling off-highway axles/trans. He applied and got the job he excelled at for 35 years. His dedication and hard work paid off in landing Regional Sales Manager, West Coast Division, adding to his responsibilities at Rockwell.  Bill continued squeezing more work on weekends, assisting his mother with maintenance on the cottages with the help of Bonnie and their children, especially during the busy summer months where Bill changed from a suit on Friday to work clothes for the week-end, and back to a suit on Monday morning.  Isabelle sold the cottages shortly before her passing in 1978 and Bill retired from Rockwell “International” in the mid-1990s. Bill was ready for new adventures during his retirement and was asked to run for a board seat at the Axle Credit Union in Oshkosh. He acquired the seat and helped the credit union’s transition into the next era of technological advances and growth. He pursued and won a seat on the Waushara County Board representing the Township of Marion. He was also asked to join the board of his father’s old employer, Anderson Brothers, a ruby red granite Company in Wausau.

Bill stayed busy but, in his free time loved socializing and helping out family, friends and neighbors, driving his pontoon boat, a gin martini, golfing, upkeep on his lawn and flowers, especially his beloved roses, and later in life, a vegetable garden. A natural tenor, he tried starting a professional barbershop quartet “The Corduroys”, but the Korean war intervened. He settled on listening and enjoying Barbershop Quartets, serenaded by one on his 90th birthday. In his later years he sang bass in the United Methodist Church Choir. He loved Opera, and also the sound of the Mormon Tabernacle Choir and St. Olaf Choir.

Like most Wisconsinites, Bill was a huge Green Bay Packer fan and proudly owned a share of the public stock; unlike most Wisconsinites, Bill was always a White Socks fan. He was an active member of the Masons Chapter 0148 being the oldest Grand Master (1958) until his passing. He was also active in Shrine, both Beja and Zor, for most of his adult life and enjoyed entertaining the parade-goers as a "Moped Mavericks” raising money for his favorite charity, Shrine Hospital for Children.

His wife’s passing in 1999 sadly ended a 49-year relationship but found love once again with a longtime acquaintance & friend from Oshkosh, both being Ambassadors for the city’s Chamber of Commerce, Judith A. Kohl “Jude”. After a short courtship to experience life together, they married on September 15, 2001 and enjoyed the company of their friends & residents of Wautoma. Jude worked for the Waushara Chamber of Commerce, and Bill was instrumental in her managing the Waushara Chamber of Commerce. In 2013, both Bill and Jude made the decision to experience an active, winter free life in St Petersburg, FL making more memories, connecting with new friends and neighbors in yet another era in life.

William J. will always be remembered as a dedicated husband, a dear and devoted father, a true friend and incredibly helpful neighbor. He is survived by his wife, Judith Ann Downie (St Petersburg, FL), a son, Patrick G. Downie (Appleton), 2 daughters, Sharon (Dave) A. Downie-Singletary (Wautoma) and Denise(Robert) M. Rahmer (Fond du Lac) and so many loving nieces and nephews, He is also survived by his later in life loving, extended family, step-son Rick(Peggy) Kohl(Oshkosh), 2 step-daughters Kathy(Kurt) Kohl-Sherburn (Oshkosh), and Leanne Rohner (St Petersburg, FL), 4 step-grandchildren, 4 step-great grandchildren, plus so many step-cousins, nieces and nephews. He was proceeded in death by his parents, Henry and Isabelle Downie, his 1st wife, Bonnie L. Downie. Also, his Uncle Gordon Walker, his Aunt Emma Walker and cousin Jim Walker.

A service will be announced at a later date in both Wautoma and St. Petersburg, FL where friends and family may call and join us in celebrating a life well lived. Until then, “The Downie’s wish everyone will stay safe and follow the advice from the true experts who save lives on a daily basis. Put the world in your prayers.”

To order memorial trees or send flowers to the family in memory of William Downie, please visit our flower store.