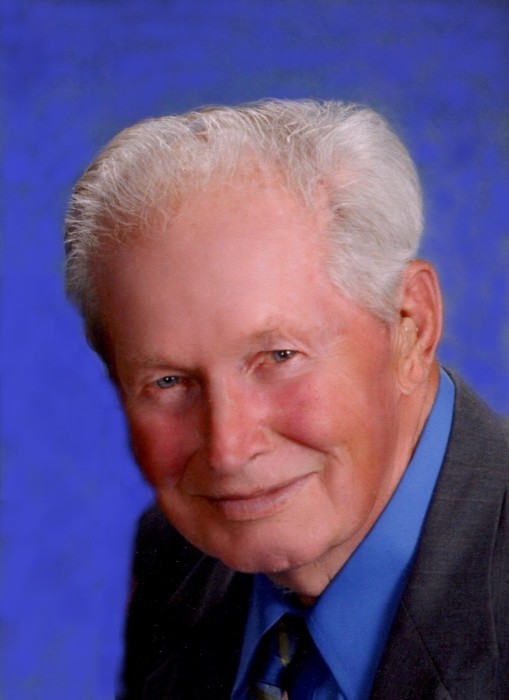 Victor Hugo Steuck, born on June 27, 1929, passed away on September 24, 2017. Victor was a 1949 graduate of Oshkosh High School and attended the University of Wisconsin Madison from 1949 to 1953. He was a member of Alpha Gamma Rho Fraternity, and graduated with a degree in Agriculture. Following graduation, he was drafted into the U.S. Army and served from 1953 to 1955. He took basic training in Camp Atterbury, IN, and from there served in the Mountain & Cold Weather Training Command at Fort Carson, CO. He taught mountain climbing in the summer and skiing in the winter and continued to enjoy regular get togethers with his army buddies.

He was married to Barbara (Barrett) on July 16, 1955, they resided in Montello and farmed for the next 50 years.

Farming wasn't just a career, it was his life. He had a strong work ethic and never asked anyone to do anything he wouldn't do himself.  He often said “I always tried to pull my own weight”.  He took great pride in his work, seldom complained about the tough years, and had a great respect for the land. Over the years, his farming generated many strong relationships and friendships that lasted throughout his lifetime.

Vic's interests included deer hunting, traveling to historical sites, in particular, those places where he could visit museums and learn more about history.  He also enjoyed spending time with his family, riding around with his faithful dog Torvald, square dancing, reading, snowmobiling, and Friday fish fries. His true passion was crew, where he made many enduring friendships. He rowed for the UW Madison crew for all four years of his college career, where his coach declared him to be the strongest oarsman he had ever coached. He was named All-American his sophomore year and elected Captain his senior year. In 1951 his crew won the IRA National Championship, the first victory for the University of Wisconsin in 54 years since the founding of the IRAs in 1898. Vic was an active member of Grace United Methodist Church for over 50 years serving on several committees and he enjoyed being a member of the church community.

A special possession was his grandfather's clock, that was given to his mother by his father on the day he was born, and which he wound faithfully every Sunday night.

He is survived by his wife, Barbara, four children, Peter (Barbara) Steuck of Montello, their children Joseph (Amanda) Steuck, Jason Steuck, and Joshua (Sarrey) Steuck, Margaret (Arnold Jennerman) of Verona, their children Henry & Molly, John (Lisa) Steuck of Montello, their children Dustin & Dillon, and Sarah (Les Warzynski) of Montello. He is also survived by 5 great-grandchildren, his brother Clayton Steuck, who passed later the same day, and many nieces, nephews, cousins and friends. Victor is preceded in death by his parents Hugo and Helen, and sister: Catherine.

Memorial services will be held on Saturday, October 21, 2017 at 11AM at Grace United Methodist Church, Wautoma. The family will greet relatives and friends at church on Saturday from 9:30AM until the time of services at 11AM. Military honors to follow the memorial service at church.

In lieu of flowers, memorials can be given to Grace United Methodist Church, Wautoma. A private family inurnment will take place at the Emmanuel Evangelical Crystal Lake Cemetery. Leikness Funeral Home, Wautoma is assisting the family with arrangements. www.leiknessfuneralhome.com

To order memorial trees or send flowers to the family in memory of Victor "Vic" Steuck, please visit our flower store.