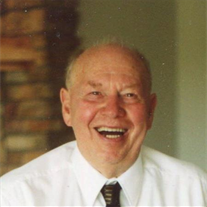 Vic was an avid sports fan and enjoyed football, basketball and baseball. He will be deeply missed by his loving family. Vic was a lifelong member of Grace United Methodist Church in Wautoma.

He was preceded in death by his parents, Don and Cres Reilly; a sister-in-law, Eleanor Reilly; brother-in-law, Larry Jameson.

Visitation will be held on Tuesday, July 5, 2016 from 11:00 a.m. until 2:00 p.m. at Leikness Funeral Home in Wautoma. No formal service will be held. Private burial will be at Wautoma Union Cemetery. In lieu of flowers, a memorial is being established in Vic's memory.

To order memorial trees or send flowers to the family in memory of Victor Reilly, please visit our flower store.