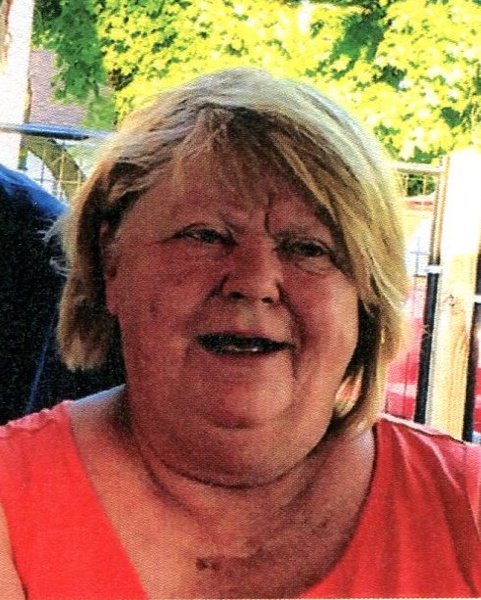 Terri Sue Boucier, 65, Wautoma, passed away peacefully at Aurora Hospital in Oshkosh after a three week illness on Saturday, Nov. 10.

Terri was born May 25, 1953, the daughter of Dorothy (Wilcox) and Carl Boucier at Berlin Memorial Hospital. She married David Steinbach in Las Vegas, NV on Nov. 16, 2000.

Terri was a graduate of Wautoma High School. She was a lover of animals, dogs, cats, horses, birds - she even had a monkey, “Hailey Bailey”. She rescued many dogs and cats over the years. She was formerly involved in “search and rescue” with her German Shepard, “Suchen”. She loved the Packers, Brewers, Badgers, and NASCAR. She was a very good cook and always made enough to share.

Terri was strong willed and when she set her mind to something she made it happen. A fun note about Terri is that she planned a surprise trip for her and Dave to go to Las Vegas and she set up their wedding plans and didn’t tell Dave till they were on the plane. Special events she had fond memories of included the Price is Right with her sister Bonnie in California in the1980’s and in 1997 they went to the Super Bowl in New Orleans when the Packer defeated the Patriots to become Super Bowl Champs.

She was a night owl and loved TV and listening to the scanner. She was known to Mary Kunasch as “Scoop” as she would call Mary with tips on accidents and fires to cover for the Argus.

Following Terri’s wishes there will be no memorial service.

To order memorial trees or send flowers to the family in memory of Terri Boucier, please visit our flower store.