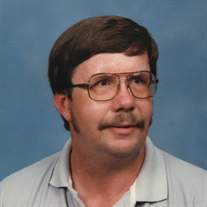 Steven G. Wiesjahn, age 68, of Coloma, died following his battle with cancer at the University Of Wisconsin Hospital in Madison with his family by his side on Wednesday, December 7, 2016. He was born on August 28, 1948 in Wild Rose to George and Norma (Blackmore) Wiesjahn. After graduating from Westfield High School with the Class of 1966, Steven attended Madison Business College and graduated in October of 1970. In December of 1970 he enlisted in the U.S. Army and was honorably discharged in December of 1972. Steven then went to the University of Madison and received Bachelor's Degree in Business Administration in 1976. Steven then went to worked for FCI in Oxford in 1978. On October 13, 1979 he married Debbie Reetz at Zion Lutheran Church in Neshkoro. Steven loved golfing, playing softball and bowling. He will be sadly missed by his family and friends.

Memorial services will be held at 11AM on Saturday, December 17, 2016 at Prince of Peace Lutheran Church, Coloma. Officiating at the service will be Pastor Jacob Gawlik with burial and military honors at Prince of Peace Cemetery. The family will greet relatives and friends at church on Saturday from 9:30AM until the time of services at 11AM.

To order memorial trees or send flowers to the family in memory of Steven Wiesjahn, please visit our flower store.