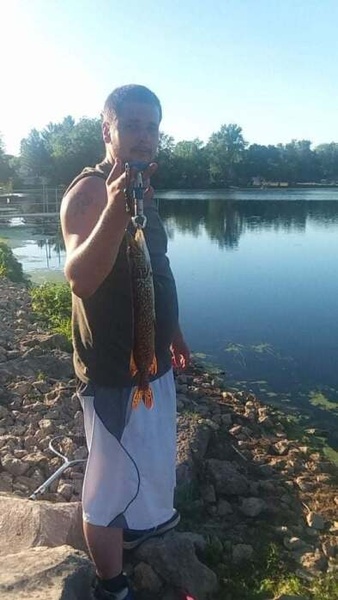 Sebastian “Sebbie” Law Warren born April 7, 1997 in Portage, WI has died unexpectedly at the age of 24 on Saturday,  August 21, 2021. Sebastian attended high school in Westfield, WI. He had plans to finish high school and continue on to Mechanic school during his off season from his employer Scotts Construction.

Sebastian enjoyed spending time with his family and friends. He also enjoyed working on cars and buying them. He loved spending time outdoors, camping, mudding and going on adventures. He provided a lot love and happiness to all of his nieces and nephews.

Sebastian is among the angels and will be forever in our hearts.

Funeral services will be held at 2PM on Saturday, August 28, 2021 at Leikness Funeral Home, Wautoma. The family will greet relatives and friends at the funeral home on Saturday from 12PM (NOON) until the time of services at 2PM. In lieu of flowers, a Go Fund Me Page has been started. https://www.gofundme.com/f/34gax-funeral-expenses

To order memorial trees or send flowers to the family in memory of Sebastian Warren, please visit our flower store.