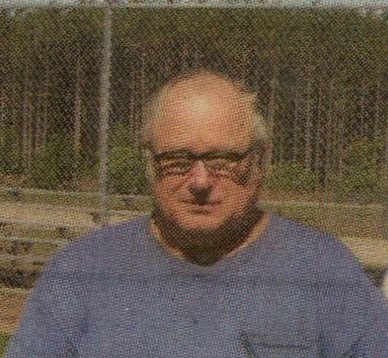 He was born December 3, 1940 on the home farm in Wautoma, WI, the son of Harry and Frieda (Bartz) Schroeder.

Russell was a farmer all of his life. He never learned to read but he was a whiz with numbers and could fix almost anything mechanical. He had an enviable sense of direction. He loved the outdoors, photography, hunting, fishing, snowmobiling and skiing. Even though he couldn’t read he took an oral test to get his driver’s license when he was thirty-three. He was always ready to help people and was a good friend and neighbor.

He is survived by his aunt Crystal Clark, cousin Martin Greves and numerous friends in the Wautoma area, with special friends Jack Nee, William Kelly, Lee Siebold, and Maxine and her three children; Gary, Julie and Angela. He is preceded in death by his mother Frieda (Bartz) Schroeder, his father Harry Schroeder, and his brother Herbert Schroeder.

Private services will be held. A memorial has been created for the Wautoma Scholarship fund. If you would like to honor Russell’s memory please light a candle and say a special prayer in his name.

To order memorial trees or send flowers to the family in memory of Russell Schroeder, please visit our flower store.