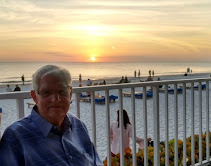 Ronald C. Yahnke, age 81, of Wautoma passed away suddenly and unexpectedly on Saturday, April 23, 2022 at his home.

He was born August 9, 1940 in Milwaukee, the son of Clarence and Mae (Augustowski) Yahnke. He married Beverly Smith on May 6, 1961 at St. Mark’s Episcopal Church in South Milwaukee.

Ron was a 1958 graduate of Racine County School of Agriculture and Domestic Economy in Rochester, WI. He also attended Lakeland College where he played basketball. He served in the Wisconsin Air National Guard until 1966. Ron held a few jobs, including helping at his father filling station, working at an auto parts store, painting barns and being a milkman for Golden Guernsey Dairy in Milwaukee. He later found his calling by becoming an agent for American Family Insurance.  He operated the Ron Yahnke Insurance Agency in Milwaukee, Wisconsin for 43 years until his retirement.

Funeral services will be held on Friday, April 29, 2022 at 11:30 a.m. at Hope Lutheran Church in Wautoma with Pastor Mike Thomas officiating. Burial will be in Hope Lutheran Cemetery, immediately following the service.

Visitation will be held on Friday at the church from 10:00 a.m. until the time of services. The Leikness Funeral Home of Wautoma is assisting the family with arrangements. www.leiknessfuneralhome.com

In lieu of flowers, please send memorials, if you so choose, to Hope Lutheran Church, Wautoma Animal Shelter or a charity of your choice in Ron’s name.

To order memorial trees or send flowers to the family in memory of Ronald C. Yahnke, please visit our flower store.