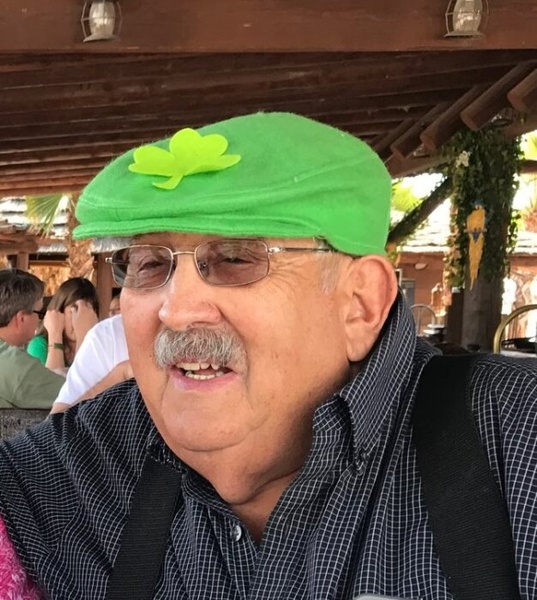 Ronald Dale Selenske, age 77 of Coloma, passed away on April 14, 2022, on his own terms after saying goodbye to his family.  Ron was born on January 25, 1945 in Antigo, WI to Peter and Louise Selenske.  When Ron was 16, he left high school and joined the US Air Force.  Although he wanted to see combat, he instead served much of his time in Duluth, MN.  As he always joked, “The Norwegians needed protecting too”.  During a leave in Pickerel, WI, he met the love of his life Judy Jackson.  The two were married after his discharge in Pickerel, WI on August 3, 1968.

Together, Ron and Judy started a family and a business of potato farming in Lily, WI.  They moved their family and farm to Coloma, WI in 1974, where they continued to reside.

During Ron’s life, he was not only a businessman, but served on boards and was active in the community.  Ron was a member of the Lion’s Club, Town of Coloma board member, Prince of Peace Church Council member, Wisconsin Potato & Vegetable Grower’s Member, Adams County Co-op Member, and a proud member of Hancock - Coloma American Legion.  On these boards he held leadership and membership at large positions.  He gave back to the community by volunteering his time to the church while they built an addition at Prince of Peace, serving as a flag bearer for the Legion, and by working with Pleasant Lake and Town of Coloma boards to purchase, build and maintain a public swimming beach, and park pavilion on the north side of Pleasant Lake.

Although Ron was busy as a potato farmer and active on boards and in the community, his number one priority was family.  Ron loved spending time with his family and friends.  He enjoyed having large corn and pig roasts in the summer and inviting the whole town and anyone he knew.  Any day was a good day for a party for Ron.  It always amazed his family, the amount of people he knew, even getting off an airplane in Jamaica, Ron knew someone.

He also was a huge supporter of his kids.  He never missed an honor’s banquet, a high school or college football game or a dance.  Even though Ron expected hard work from his family, he also rewarded them with many family vacations.  During these vacations, many memories were made and lots of time was spent together.  Ron loved being elevated to the status of PopPop Ron when the grandchildren arrived.  He continued to put family first and attended many plays, dance recitals, wrestling and swim meets, football and baseball games, and pig shows at county fair.  PopPop Ron was always one to say “let’s get some ice cream” after his grand kid’s events.

Ron was a big man, with a big laugh, and an even bigger heart.  He will leave a big hole in the lives of those he leaves behind, especially his three children: Rhonda (David aka Poss) Nachtigall, Watertown, WI, John (Jennifer) Selenske, Marshfield, WI and Mary Jo (Kurt) Langenecker, Hartford, WI. His seven grandchildren: Hanah, Alex, Tanner Nachtigall, Faith, Colton, Genevieve Selenske and Paige Langenecker will cherish memories made with him.  He will also be missed by many nieces, nephews, and numerous friends, including his roommate Mary Schuh.

His loving wife of 38 years, Judy Selenske, preceded him in death in 2006.

Please join the family in a celebration of the life of Ron Selenske at Prince of Peace Lutheran Church, Coloma, WI from 10 am to noon on Saturday April 23.  Service will begin at noon, followed by full military honors send off.   As Ron requested “a big party” to remember him, open bar and ice cream sundaes will be offered at The Cabin Bar and restaurant in Coloma, WI and Italian Food and open bar will be offered at The Coloma Hotel following the service at 2pm.  Please enjoy both locations and reminisce with family and friends memories of Ron.  In lieu of money to the family, please provide donations to Ron’s choices of the Prince of Peace Lutheran Church in Coloma, WI and the Hancock - Coloma American Legion.

To order memorial trees or send flowers to the family in memory of Ronald Selenske, please visit our flower store.