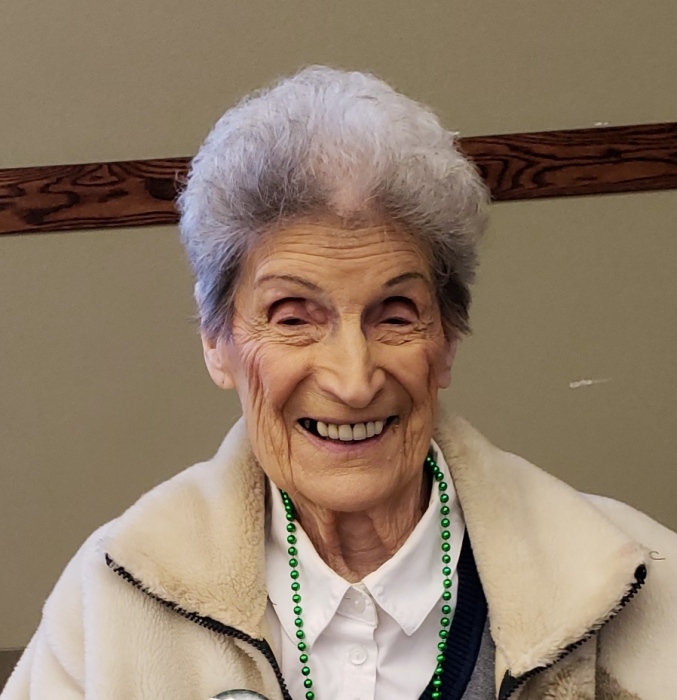 Romona E. Becker was reunited with the love of her life, Bill Becker Thursday morning, November 27, 2020 at the amazing age of 101.  She was born March 15, 1919 in Chicago, IL, daughter of Fred and Annie Miller.

Romona was united in marriage to John William “Bill” Becker on June 24, 1944 in Chicago, IL.  Bill preceded her in death on Jan. 21, 2007.  From Chicago, Bill and Romona moved to Skokie, IL, where they raised two fine children, Bill Jr. and Mona.  The couple eventually moved to Richford, WI in 1965 where they helped raise three generations of children, grandchildren and great-grandchildren.

Anyone who knew Romona would attest she had three passions in her life, keeping a spotless home, preparing amazing meals for anyone who was lucky enough to be in the house at the time and doting over her family brood.  She loved to travel, spend time at the couples second home in Florida and she immensely enjoyed the company of many friends.  All she touched the lives of will miss her.

Romona is survived by her daughter Mona Zelienka (husband Jack) and her son Bill Becker (wife Sharon); her grandchildren, Elissa Zelienka Armstrong (husband Chris) and John Aaron Zelienka (wife Megan); four great-grandchildren, Connor and Carson Armstrong and Lily and Mila Zelienka.  She is preceded in death by her husband Bill of 64 years; one brother, Fred Miller and one sister, Mary Jane Weldon.  Romona is further survived by one sister-in-law Elizabeth Hardesty, many nieces, nephews and close friends.  Special mention must be made to Jean Lange, who took extremely good care of Romona throughout her later years, especially in the winter of her life.  The family will be forever grateful.

Many thanks to Mike Leikness of the Leikness Funeral Home for assisting with the arrangements.  A celebration of Romona’s life will be held this spring with an announcement forth coming.

To order memorial trees or send flowers to the family in memory of Romona Becker, please visit our flower store.