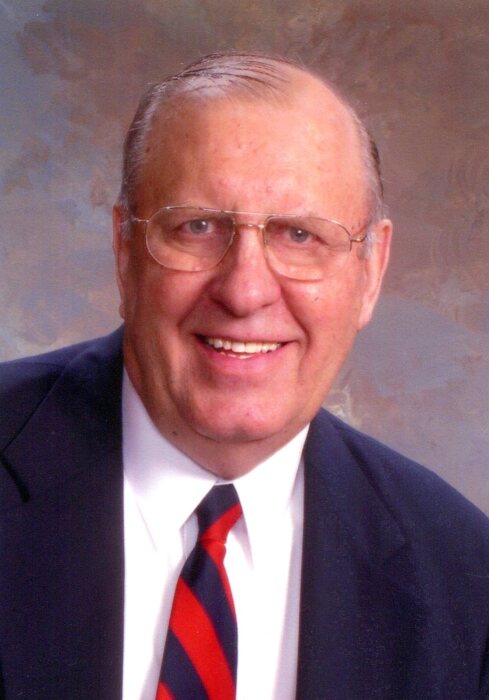 1 Samuel 2:2 “There is none holy as the Lord: for there is none beside thee: neither is there any rock like our God.” This was the verse Robert attempted to magnify in his life. Robert Leo Weiss passed into the presence of his Lord and Savior Jesus Christ on July 14, 2021. Robert was born March 23, 1934, to Leo and Pearl (Sawallish) Weiss in Eureka, Wisconsin.

He graduated from Omro High School in 1952. He served in the U.S. Air Force from 1953 to 1957 and the Air Force Reserve until 1961. He was chosen to be one of a select crew to fly the hydrogen bomb to the Marshall Islands. After it was dropped, he suffered radiation exposure which compromised his immune system for life.

Robert was married to Arlene Haase from October 1953 to October 1988. They had 9 children. They lived on a farm by Eureka after leaving the service until 1975.  Robert developed lung problems and took night classes and became a mechanical engineer at Mercury Marine. He later became a sales engineer for the Garber Company.

At age 41, Robert responded to the call of God and entered Denver Baptist Theological Seminary. He pastored in Colorado, New Mexico, and Wisconsin. He greatest blessing was preaching the Gospel in Bethlehem overlooking the shepherd’s fields. He also spent time in the Philippines and loved the opportunity to bring the Gospel to numerous cities there, but especially the residents in a leper colony. He was awarded a Doctor of Divinity by Fundamental Baptist Bible College for Asians for his work in missions.

Robert was preceded in death by his parents, a sister Shirley, a brother Norman (Fern), a daughter Pauline, son David, and his first wife Arlene.

Graveside services with full military honors will be held on Tuesday at 3:30 p.m. at Eureka Cemetery, town of Rushford, Winnebago County.

To order memorial trees or send flowers to the family in memory of Robert Weiss, please visit our flower store.