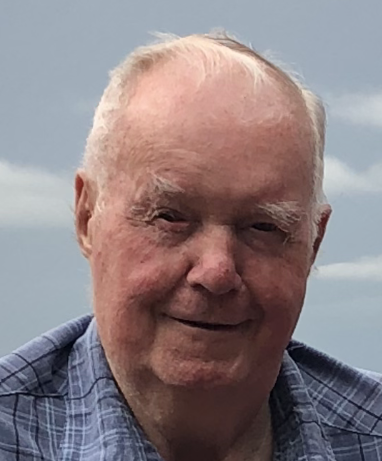 Robert Joseph Steiskal Sr. of Neshkoro, WI passed away peacefully on August 5, 2022.  He was three weeks short of his 91st birthday.  "Bob", as those who knew him referred to him, grew up and lived most of his life in Antioch, IL.  Always hardworking and liking to use his hands, Bob was a naturally gifted carpenter who honed his craft with several local home builders before venturing out on his own and starting Steiskal Concrete.  He ran that business, alongside his four sons, until 1989 when he began a second career as a building inspector for the local municipality of Lindenhurst, IL.  He would retire 10 years later, but he never slowed down.  Between his flea market business, woodworking crafts, gardening, and part time bartending (which he continued until 2020 at the young age of 89), Bob was never one to stand still very long.  Although he spent most of his early life in Illinois, Bob's favorite place to be was on his property in Neshkoro, WI.  He had been bringing his family to its scenic beauty since 1973 when he purchased the tract and in 2005 he made Neshkoro, WI his permanent home.  There he enjoyed the social side of tending bar while, as he would say, "shooting the s*#t" with his local friends and the peace of country life while caring for his hundreds of blueberry plants.  He never wanted to be anywhere else, except maybe on his yearly smallmouth trip to Big Bay De Noc, MI.

Bob was a simple man with old world values.   Hardworking, trustworthy, faithful, and honest to a fault.  Every stumble along the road he owned as his and faced head on, all his triumphs and good turns held tight to his vest only occasionally offering a glimpse to a fortunate few.  All that met Bob remarked and were amazed at the memory he had as he would spin stories of his life's events and the people he met along the way.  Although his body began to fail him late in life, that same memory and sense of humor remained until the very end.  He is survived by his 5 living children and preceded in death by his youngest son, Randy.  In addition, there are grandchildren and great grandchildren too numerous to list.

At his request, there will be no formal service.  The family is planning a celebration of life in early October with details of time and location forthcoming.

To order memorial trees or send flowers to the family in memory of Robert Joseph Steiskal Sr., please visit our flower store.