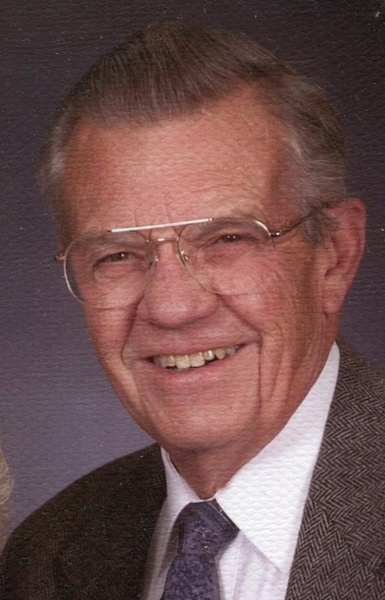 He was born July 9, 1934 in Minneapolis, MN the son of Robert and Eronnway (Williams) Chesbrough. He married Marilynn J. (Schmidtke) Weiland on May 10, 1991 in Wautoma.

Bob was a graduate of Whitefish Bay High School and UW-Madison. He served his country as a Commissioned Officer in the United States Navy from 1956 until 1958.

He was employed as a Certified Public Accountant for 50 years with Mabie & Associates which later became Cherek, Chesbrough, Pucci, Quick & Wittman of Stevens Point.

Following retirement, Bob and Marilynn enjoyed many special times with family and friends on the Chain-O-Lakes in Waupaca and in Minocqua. They enjoyed attending many Packer and Badger games. Bob was a faithful member of Peace Lutheran Church where he sang in the choir and served as an usher and greeter.

He was preceded in death by his parents; his daughter-in-law, Patti Chesbrough; and by a grandson Austin Reifsnider.

Funeral services will be held on Saturday, July 1, 2017 at 11:30 a.m. at Peace Lutheran Church in Wautoma with Rev. Roger G. Riedel officiating. Burial will be at Wautoma Union Cemetery.

Visitation will be held on Saturday at the Church from 8:30 a.m. until the time of services. A Memorial is being established.

To order memorial trees or send flowers to the family in memory of Robert Chesbrough, please visit our flower store.