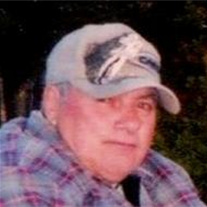 Richard B. Somers Sr., age 80 of Wild Rose, died on Sunday, February 7, 2016 at Theda Care Medical Center, Waupaca. He was born on March 2, 1935 in Stevens Point to Bernard and Johanna (Petrie) McGown. After high school, Richard joined the U.S. Airforce and served in the Korean War and was later honorably discharged. On September 12, 1959 he married Patricia Ann Montano at St. Joseph Catholic Church in Stevens Point. Richard worked for Pressed Steel Tank Company in West Allis and retired at 42 years of employment. Richard was a devoted outdoorsman who enjoyed hunting fishing, cutting wood and gardening. He also enjoyed gambling and spending time with his family.

Funeral services will be held at 7:30 PM on Thursday, February 11, 2016 at Leikness Funeral Home, Wautoma. The family will greet relatives and friends at the funeral home on Thursday from 4pm until the time of service at 7:30PM. Burial will take place on Friday, February 12, 2016 at 1PM at Southern Wisconsin Veteran's Memorial Cemetery, Union Grove. In lieu of flowers, memorials would be appreciated.

The family extends a heartfelt THANK YOU to the staff of Theda Care Hospice for the care and compassion given to Richard.

To order memorial trees or send flowers to the family in memory of Richard Somers Sr, please visit our flower store.