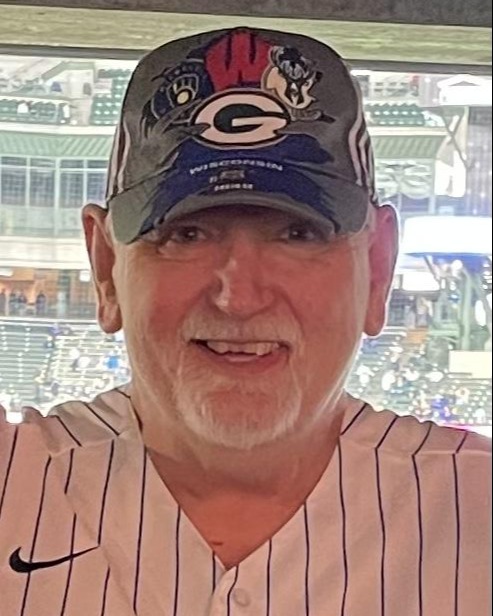 Richard “Rick” E. Teschner, age 70, of Hartford passed away on November 19, 2022 at Aurora Medical Center in Oshkosh surrounded by his loving family.

Richard was born September 14, 1952 in Milwaukee to Richard and Florence (Hintz) Teschner.

Richard graduated from St. John’s Cathedral, Milwaukee in 1971. He married the love of his life Rita (Wagoner) on August 24, 1974. Together they built a life and moved to Hartford in 1978. Richard worked for AT&T from 1971 until the company relocated in 1993. Richard then worked for Karavan Trailers from 1993-1994 learning a whole new trade. He finished his career at Maysteel in Allenton from 1994-2014 when he retired.

Family was most important and always a priority. He was known to be on the sidelines watching and cheering on his grandchildren at their sporting events. Whether it was baseball, football, or softball he would always try his best to be there supporting them. Richard was an avid outdoorsman and sports fan. One of his favorite things was hunting and spending time with his son, grandsons and other family and friends at his 40acre property in Waupaca, or on any lake fishing. He loved watching Sunday football all day, but was a big fan of the Brewers and Packers.

He is survived by his wife Rita of 48 years. His daughter Tanya (Steve) Pliner of Mayville. His son Jason (Maritza) Teschner of Hartford. grandchildren, Marshall (Stephanie), Cailie, Kendall, Maxwell (Ashlee), Maddox, Jaxson, Taylor, Emery, Hunter and best friend, Joe Soltis. He is further survived by other relatives and friends.

He is preceded in death by his parents; sister Donna Lee and his in-laws Charles and Eunice Wagoner.

A Mass of Christian Burial will be held at 11:00 a.m. on Saturday, November 26, 2022 at St. Peter Catholic Church, 208 W. Washington St., Slinger with Rev. Richard J. Stoffel officiating. Visitation will be held on Saturday at the Church from 9:30 a.m. until the time of services. The Leikness Funeral Home of Wautoma is assisting the family with arrangements. www.leiknessfuneralhome.com

To order memorial trees or send flowers to the family in memory of Richard "Rick" E. Teschner, please visit our flower store.