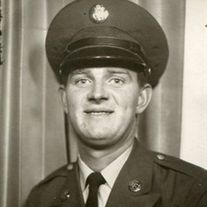 Richard Earl Pierce, age 66, of Almond, known for the mischievous twinkle in his eye and the smile on his face, passed away peacefully on Friday, January 3, 2014 at his home with his family.

He was born on June 2, 1947 in Neillsville to the late Delbert and Mabel (Hanson) Pierce. Dick graduated from Alexander High School in 1966 and proudly served his country in Vietnam from 1967-1969.

Over the years Dick worked in construction, as an electrician, an apartment manager and as a semi driver. Managing apartments in Merrill brought him to meet the love of his life, his wife Tammie (Borelli). They were married on June 24, 1995 and shortly after the couple moved to Bancroft to be near Dick's father. Several years later, Dick retired and they settled in Almond. Not one to be idle for long, Dick then worked for Stucker Bus Service.

Dick loved life and making others smile. He always had a story and a joke for everyone, young or old. Dick was the type of man who would give you the shirt off his back. He was always there to help, whether you were a long-time friend or someone he just met. Dick will always be remembered for his kind heart and service to others. He was a go-getter and never gave up on anything or anyone.

In his free time, Dick enjoyed fishing, especially with his boys; camping, with family and friends; hunting, horses, wood working and building things. He enjoyed having his sons by his side, sharing his talents and wisdom with them. Dick was a founding member of Mighty Mike's CB Club from Wisconsin Rapids in the early 70's and a member of the Bancroft Lions Club where he could openly serve those in the community. He especially enjoyed making the homemade fries for Good 'Ol Days.

Dick is survived by his wife: Tammie , Almond; sons: Delbert (Christine Stillman),Nekoosa; Michael (Jennifer Koch), Almond; and Matthew at home. He is further survived by his grandchildren, his pride and joy: Kessa, Bailey, Colton, Willow, Nick and Carson; his brothers: William (Harriet),CA and Robert (Melody),GA. Dick was preceded in death by his parents and son David.

Funeral services will be held at 12PM (NOON) on Tuesday, January 7, 2014 at Leikness & Stahl Funeral Home, Plainfield. Officiating at the service will be Chaplin Jamie Brei with Military Honors to follow accorded by the United States Army honors Team and V.F.W. Post 6007. The family will greet relatives and friends on Tuesday at the funeral home from 10AM until the time of service at 12pm (NOON).

The family would like to extend a heartfelt thank you to Dr. Reising and Dr. Rezazadeh, for going above and beyond what was asked of them and the staff of Heartland Hospice for helping Dick and his family find comfort in his final weeks.


To order memorial trees or send flowers to the family in memory of Richard Pierce, please visit our flower store.