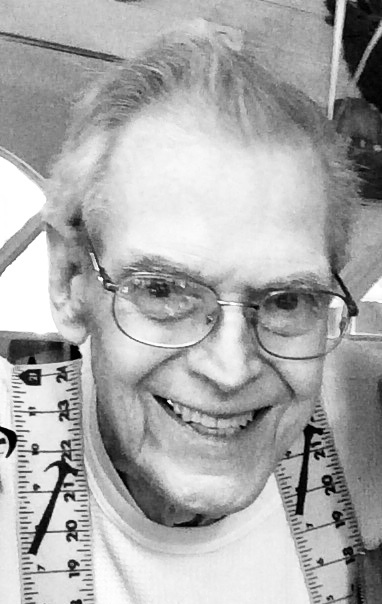 Raymond G. Krall passed away on March 10, 2018, surrounded by his loving family.  He was the consummate Marine through many years of serious health issues, surgeries, and dialysis.  He faced it all with amazing courage and his faith in God was ever-present and comforting.

Raymond was born on March 13, 1934 to Mollie and George Krall and was raised in Eveleth, Minnesota.  He came from a large and tightly-knit family, and was a great brother to his siblings...a natural teacher, leader, and comedian.  He was eternally proud of his years in the United States Marine Corps.  Later, he taught wood-working and industrial arts in Racine, Wisconsin at Park High School, Gifford Junior High, and Case High School.  He loved teaching and his students loved him.  On December 12, 1969, he married Rosemary "Purple Rose" (nee Tyler) and they created 40 years of memories together.  They built their "cabin in the woods" together, and thoroughly enjoyed life with their kids, grandkids, family, and friends.  We are all so fortunate to have been the recipients of their love.

Ray was very involved with his church and The Knights of Columbus until his declining health prevented it.  He made a lifelong practice of helping anyone in need.  He was our hero for "holding his Rosie's hand and never letting go" while she fought cancer.

Thank you to DaVita Dialysis in Stevens Point and Dr. Albekioni for giving us the gift of extra time with our Dad/Grandpa/Brother/Uncle/Friend, to Dr. Logemann and his Pro-time nurses/staff, to Dr. Nash for his wise words at Dad's last appointment, and to Ministry Hospice for helping us keep him at home in the woods...where he wanted to stay.  He told everyone "I have had a good life!"  He was a Marine and teacher until the end.  He was loved and will be missed by many.

Private services with military honors will be held at a later date. The Leikness Funeral Home of Wautoma is assisting the family with arrangements. www.wautomafuneralhome.com

To order memorial trees or send flowers to the family in memory of Raymond Krall, please visit our flower store.