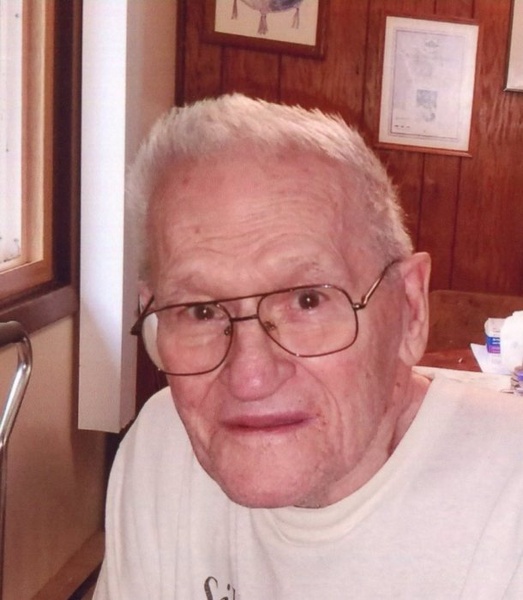 Ray P. Peters passed away peacefully at his Wautoma home August 26, 2019 after a short battle with cancer.  Up to the end Ray would often say “I can’t complain, I’ve had 90 great years… a great wife, 4 great kids, great friends, and great health”.  This genuine positive attitude along with his wicked quick wit were 2 of Ray’s many attributes.

Ray was born in Detroit, Michigan on June 30, 1929, the son of Anthony and Elizabeth Peters. He married the former Joyce B. Cullen on October 7, 1950 in Detroit. Ray’s first job was delivering groceries by wagon to the customers of his grandfather’s corner store. This work ethic carried over into adulthood when Ray became a bookkeeper for a magazine publisher, an award winning insurance sales agent, and in his later years the owner of a travel agency, Travel Unlimited in Wautoma.

Ray’s love for animals was ever apparent with many pets throughout his life most notably his prize St. Bernard, Demetrius, and his Gray Wolf named Apollo.  Ray had a fascination with wolves and was an active member in several organizations devoted to their preservation.

Ray was preceded in death by his loving wife Joyce, son Gary Peters, and daughter Debbie Reilly.  He is survived by his son Michael Peters of Newport Beach, CA, daughter Kathy Ellickson of Columbus, Ohio, 4 grandchildren: Amy Sanidad, Savanah Gleckler, Allison Smith, and Charlie Peters, 17 great grandchildren, and 1 great great granddaughter all of Ohio, along with special friends Bev Kendl and Roy Mizia both of Wautoma.

A celebration of life will be held Sunday, September 1, 2019 at 12 noon at Calvary Cemetery in Wautoma.  Donations can be made to help save the American Wolf from extinction at Defenders.org.

To order memorial trees or send flowers to the family in memory of Ray Peters, please visit our flower store.