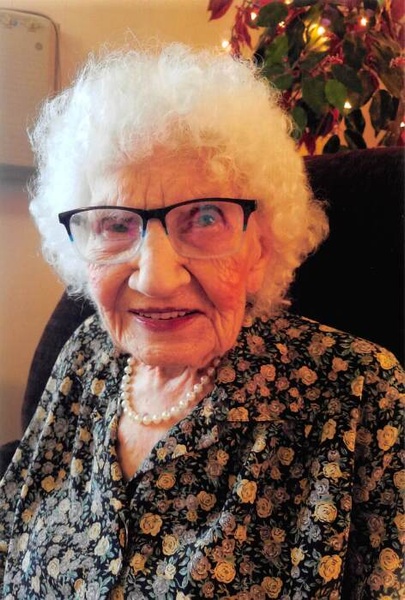 January 29, 1917 was a very cold day when Phyllis came into this world as the daughter of Frank and Martha Wiora. They lived in Chicago during her early childhood and returned to Portage County as a young teen. Here she met and married William Timm on September 23, 1936.

They lived and farmed in the town of Oasis. As her children became a little older she began a career as a nurse’s aide. She first worked at the Wild Rose Hospital and then at the Wautoma Hospital until it closed. She spent her retirement caring for her older sisters and enjoying winter vacations in Florida. Her greatest challenge in summer was watering, mowing and fertilizing her lawn to make it the greenest in the neighborhood.

She was preceded in death by her husband: William; parents: Frank and Martha Wiora; brothers: Henry and Paul Wiora; sisters: Ceilia Walatka, Gertrude Morgan and Esther Minsky. She is survived by her sons: Richard and Janet Cooke of Appleton, Jerry and Sandy of Colfax; six grandchildren; 17 great grandchildren; 10 great great grandchildren.

May she rest in peace.

Private graveside services will be held at Plainfield Cemetery, Plainfield. In lieu of flowers, memorials can be made to a charity of choice in Phyllis' name.

To order memorial trees or send flowers to the family in memory of Phyllis Timm, please visit our flower store.