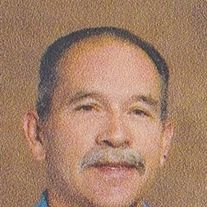 Phillip "Phil" Eugene LaVanway, age 66 of Berlin, died unexpectedly at Berlin Hospital on January 5, 2015 with his family by his side. He was born on September 20, 1948 in Waukesha to Reinhold and Theresa (Cirillo) LaVanway. After high school, Phil entered the US Army on July 17, 1968, served in Vietnam, receiving the CIB (combat infantry badge) and 2 ARCOM's (army commendation medals) and was honorably discharged on October 15, 1971. On December 18, 1982 he married Diane Ellen Ryerson in Wautoma. Phil was currently employed at Alliance Laundry Systems in Ripon. He was an active member of Trinity Lutheran Church, Wautoma. Phil enjoyed going to NASCAR races with his daughter Kristi, making model cars, hunting, spending time with his family and friends but especially enjoyed spending time with his two grandsons.

Funeral services will be held at 2PM on Friday, January 9, 2015 at Trinity Lutheran Church, Wautoma. Officiating at the service will be Pastor Brian Rohde followed by Military Honors accorded by the U.S. Army Honors Team and Wolman-Minskey American Legion Post 317 and private burial at Marion Cemetery. The family will greet relatives and friends on Thursday at church from 5-7PM and again on Friday at church from 1PM until the time of service at 2PM.


To order memorial trees or send flowers to the family in memory of Phillip LaVanway, please visit our flower store.