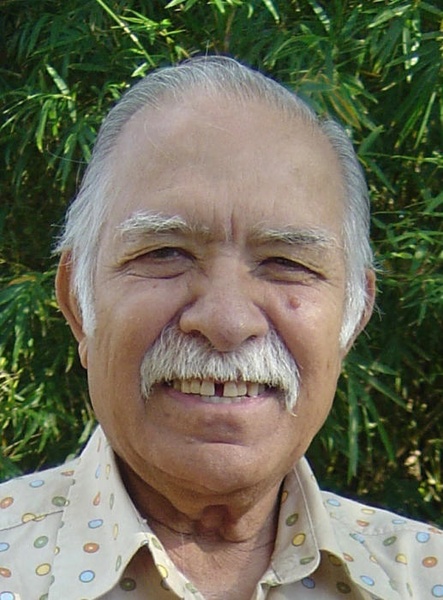 He was born October 5, 1934 in Lyallpur, India the son of Sikandar Lal and Shanti Devi Handa. He grew up spending summers in the mountain town of Shimla and the rest of the year in Delhi. He married Mary Ann M. Van on January 30th, 1965 in Almond, WI. She preceded him in death on January 11, 2004.

Paul came to the U.S. in 1962 to study mechanical engineering at the Milwaukee School of Engineering. After graduation he worked for several years as a mechanical engineer in the Chicagoland area, where he helped design heating and cooling systems in prominent buildings such as the John Hancock building.

In 1977 he and his family relocated to Almond and then to Wautoma, where they purchased and successfully operated the Kountry Kourt Restaurant for the next 20 years.

After retirement he and Mary Ann began spending winters in Sun City West, Arizona where he enjoyed golfing, day trading, participating in social clubs and patrolling as a member of the Sun City West Sheriff’s Posse.

Throughout his life Paul was very active in a number of organizations both in Wisconsin and Arizona including Rotary, Kiwanis, the Lions Club, the Elks Club, the Masons, the Shriners and the Royal Order of the Jesters. He was most passionate about the Shriners where he was member of the Zor and El Zaribah Temples. In 1984 he helped found the Zor Mavericks, a Shrine unit that performs in parades throughout Central Wisconsin to raise money for the Shriners Hospitals for Children. Almost every weekend for the past 34 summers, Paul could be found happily performing with his fellow Mavericks in one parade or another.

He is survived by his children Jennifer and Jeffrey (Zung) Handa; his grandchildren Analise and Logan Handa; his sister Kanta Vaderra; his sister-in-law Nancy Van and many nieces, nephews, other relatives and friends.

He is preceded in death by his wife Mary Ann, his parents, his four brothers (Sat, Prem, Ved and Raj), and his brothers-in-law John and Jerome Van.

In lieu of flowers, memorials may be made to Shriners Hospital for Children. www.shrinershospitalsforchildren.org

To order memorial trees or send flowers to the family in memory of Paul Handa, please visit our flower store.