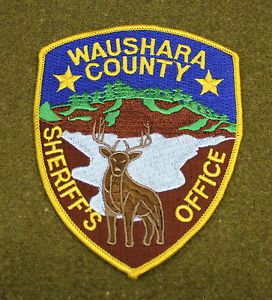 Patrick F. Fox, age 70 of Wautoma, died peacefully on January 11, 2017 at his home with his family by his side. He was born on October 10, 1947 in Beaver Dam to LeRoy and Lorraine (Froehling) Fox. He graduated from Xavier High School with the Class of 1965 and was drafted into the US Army on December 12, 1968. Patrick served as a Sentry Dog Handler with the Military Police. On July 16, 1970 he was honorably discharged. On September 19, 1970 he married Rosemary Kroll at St Joseph Catholic Church in Wautoma. Patrick had a passion for law enforcement and used his military training to become a Deputy Sheriff for Waushara County. He then was the Waushara County Sheriff for 12 years, then Neshkoro Chief of Police and then continued to work at the Waushara County Courthouse as Security Officer. Patrick was a member of SASS (Single Action Shooters Society) and was known as “Dangerous Roy” with the Cowboy Action Shooters groups. He also enjoyed all types of hunting. He will be sadly missed by his family and friends.

Patrick is survived by his wife: Rosemary Fox; children: Nicole (Michael) Lukas, Krisi (Ross) Sherburn, Brian Fox; grandchildren: Matthew and Courtney Lukas, Dalene Sherburn; other relatives and many friends. He was preceded in death by his parents.

Mass of Christian Burial will be held on Tuesday, January 16, 2018 at 11AM at St. Joseph Catholic Church, Wautoma. The family will greet relatives and friends at church on Tuesday from 9:30AM until the time of Mass at 11AM. Military honors will follow the funeral mass.

To order memorial trees or send flowers to the family in memory of Patrick Fox, please visit our flower store.