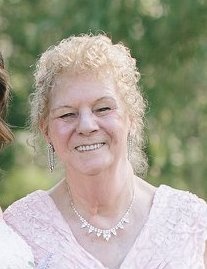 She was born January 3, 1935 in Methuen, Massachusetts, the daughter of John Francis and Kathleen Mavourneen (Wright) Linehan. She married Robert L. “Bob” Warren on February 22, 1957 in Folkston, Georgia. He preceded her in death on July 12, 1999.

Pat and her late husband resided in Coloma before moving to Wautoma in 1967. She worked at the former Rick’s East Plaza Grocery Store in Wautoma and was a Sales Associate for Avon products, later becoming Regional Manager. Pat was employed as Customer Service Manager at Walmart in Berlin for many years until her retirement. She enjoyed reading, bowling, NASCAR, knitting, crocheting, gardening, plant keeping, the Green Bay Packers, and teaching her grandchildren to play poker.

In addition to her husband, she was preceded in death by her parents; one grandson, Richie Warren; two sisters, Kathleen Kimball and Arleen Jean; and by one brother, John Linehan.

A public visitation will be held on Wednesday, October 21, 2020 from 11:30 a.m. until 12:30 p.m. at Waushara Community Church in Wautoma. A private family service will follow with Pastor R. Alan Spitler officiating.  She will be laid to rest next to her husband at Pleasant Hill Cemetery in Coloma.

In lieu of flowers, memorials to Wautoma Public Library would be deeply appreciated.

To order memorial trees or send flowers to the family in memory of Patricia Warren, please visit our flower store.