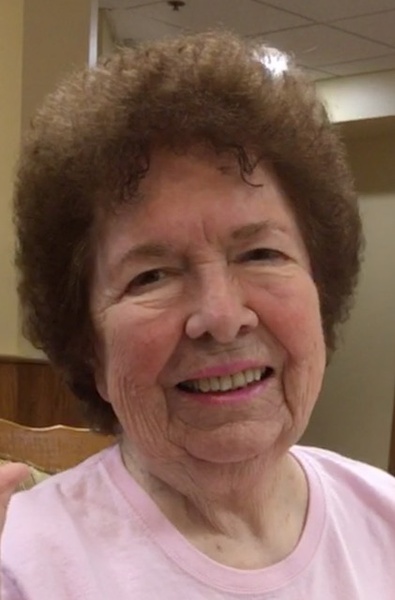 Patricia McGrath died unexpectedly on February 15, 2018. She was born in Winona, MN to Thomas and Mary Reilly on February 18, 1928. She grew up in Milwaukee, Chicago and Kaukauna WI and married Richard McGrath, an air force pilot, in 1949. Pat was a devoted and loving mother of four children. She was responsible for moving her family every few years based on Air Force assignments. In 1967 she returned to Wisconsin and worked as the insurance coordinator for the Diocese of Green Bay. Following her retirement in 1986 she joined Monsignor Mark Schommer as housekeeper and companion and was always very involved in parish activities. She and Mark moved to the Appleton Retirement Community in May of 2017.  Although Mark died shortly thereafter, Pat became a beloved and active resident of ARC. She is survived by two daughters, Amy of Madison, Kate of Boston and one son, David of Portland, Oregon. Pat’s son, Michael, preceded her in death in 2001.

Due to Lent, flowers are not accepted in church so please send donations to Waushara County Food Pantry, 220 A Oakridge Court, Wautoma, WI 54911.

To order memorial trees or send flowers to the family in memory of Patricia McGrath, please visit our flower store.