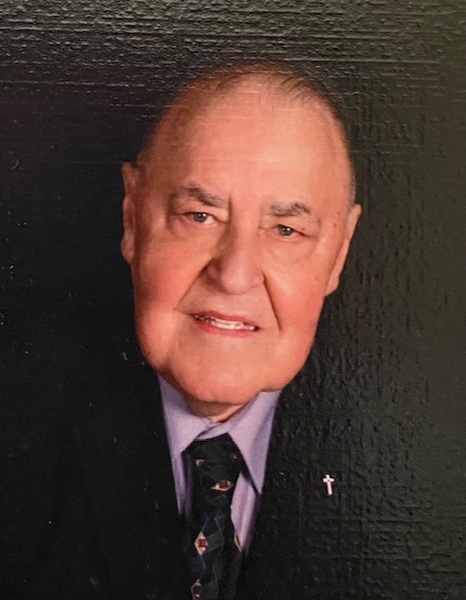 Norman Irvin Weiss, age 89, of Wautoma, went to his Lord and Savior on Sunday, February 7, 2021 at his home surrounded by his family.

Norman served his country in the United States Air Force from 1951 until 1955. He served during the Korean War receiving the National Defense Medal. Norm gave 45 years of dedicated public service to Waushara County at the Sheriff’s Department and on the Waushara County Board of Supervisors. He was county Sheriff from 1983 until 1990 and County Board Chairman from 2002 until 2012. He also worked for Mount Morris Mutual Insurance from 1999 until 2018 and served on the Board as Secretary/Treasurer.

He was a faithful member of Trinity Lutheran Church, LCMS, Wautoma where he served as an Elder and Congregational Chairman for many years. Norm enjoyed traveling and going on cruises with his wife Fern. He also loved spending time daily with his canine companion, George. Norm was a loving family man, dedicated to his family and faith. He will be deeply missed by his family and friends.

In addition to his wife, he was preceded in death by his parents; infant sister, Shirley; granddaughter, Christina Weiss.

Funeral services will be held on Friday, February 12, 2021 at 11:00 a.m. at Trinity Lutheran Church in Wautoma with Rev. Brian D. Rohde officiating. Burial with full military honors will be at Eureka Cemetery, Town of Rushford, Winnebago County.

Visitation will be held on Friday at the Church from 9:00 a.m. until the time of services.

The family would like to thank ThedaCare at Home Hospice and Pastor Brian Rohde of Trinity Lutheran Church for his continued visits and Norm’s spiritual care.

To order memorial trees or send flowers to the family in memory of Norman Weiss, please visit our flower store.