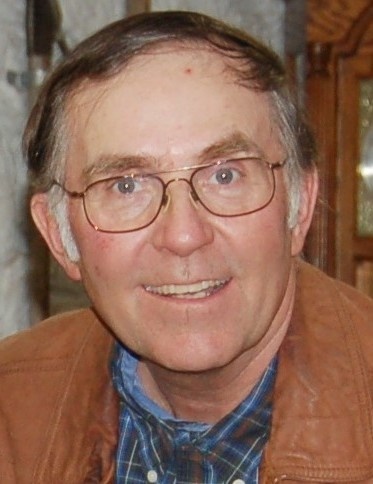 Nolan B. Kelley, age 70, went to be with his Heavenly Father during his sleep in the early morning hours on Tuesday, December 31, 2019 at his home in the Town of Deerfield, near Wautoma.  He was born on August 2, 1949 to parents Elwyn C. and Joyce E. (McCallister) Kelley in Madison, WI.  He was a 1967 graduate of Menasha High School.

On April 13, 1974 he married Sharilyn (Sherry) Eckels in Wautoma, WI and together they shared 45 years of marriage.  They met each other in August of 1971 at Camp Waushara.  Nolan, who was working the summer for his dad at Kelley Sand & Gravel in Wautoma, later asked Sherry for a date while she was carhopping at Milty Wilty Drive-In for the summer.  She said “yes.”

Nolan proudly served his country by enlisting in the U.S. Army in February 1969 and was stationed in Kornwestheim, Germany where he operated heavy equipment and served as Colonel’s driver.  He was honorably discharged in February 1971.  He then graduated from Madison Area Technical College’s real estate program in May 1974 and purchased the former Brenner Real Estate business in Wautoma.

Nolan had a strong work ethic throughout his life, enthusiastically operating Brenner Real Estate.  When times were slow due to the 1970s inflation period, he worked for Kelley Sand & Gravel, shaping paving projects, raking blacktop with the crew, delivering materials to customers, plowing snow, and doing whatever was needed.  He and Kelley Sand & Gravel were involved in developing Bird Creek Park, Nordic Mountain ski runs, area parking lots, and many other area projects.  Nolan learned to operate various pieces of heavy equipment when he was young, “working” side-by side with his dad and grandpa Boyd Kelley.

He took work seriously, working long hours on hot summer days, but also enjoyed water skiing and swimming when he could.  He also loved learning how to be a crew member on good friend’s 26-foot sailboat that they kept at the Pioneer Inn Marina in Oshkosh.  His new sailing enthusiasm took him and Sherry on sailing trips across Lake Michigan, to parts of Florida, the Bahamas, and Tonga in the South Pacific.  In the late fall and winter he enjoyed cutting wood, deer hunting at “the farm,” downhill and cross-country skiing and snowmobiling in his younger years.  He also enjoyed spending time with his family, whether on vacation or just watching his 6-year-old granddaughter perform her “dance moves” in their family room.

In January of 1983, in anticipation of his and Sherry’s first baby, Nolan bought his first video camera, which was a new innovation at the time.  He spent many hours videotaping his children, friends and family, and vacations and, as a result, leaves behind a collection of videotapes that will be enjoyed by others for years to come.

Nolan had an infectious smile, an outgoing personality, “one-liners” that would bring laughter to a room full of people, often “breaking the ice” during a tense moment, and a laid-back attitude during stressful times.  He could find solutions for problems or repair nearly any piece of equipment that was broken, often using unconventional fixes.  He will be greatly missed by family, friends, and others.

He was preceded in death by his parents, father-in-law and mother-in-law, Forest and Jeannine Eckels, and a number of aunts, uncles, nieces and nephews, cousins, friends, and other family.

Funeral services will be held on Friday, January 10th at 11 a.m. at Grace United Methodist Church in Wautoma.  Pastor Pam Priewe will officiate.  Visitation will be held on Thursday, January 9th from 5 p.m. to 7 p.m. at the Leikness Funeral Home in Wautoma and on Friday at church from 10 a.m. to the time of the service.  Burial will be at the Union Cemetery in Wautoma following the service.  In lieu of flowers, the family will be establishing memorials for the Grace United Methodist Church in Wautoma and the Wisconsin Veterans Home in King.

To order memorial trees or send flowers to the family in memory of Nolan Kelley, please visit our flower store.