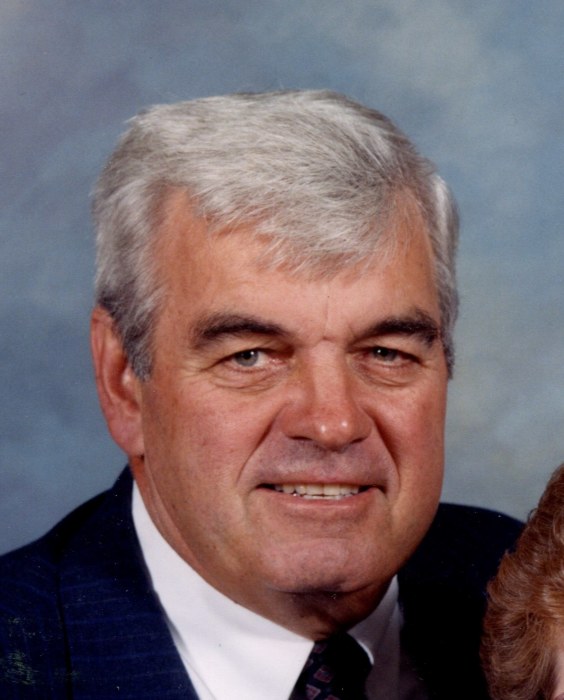 Neal E. Olson, age 81 of Wautoma, died on Wednesday, November 29, 2017 at home surrounded by his loving family.  He was born in Wautoma, WI on April 12, 1936, the son of Clayton and Ruth (Raeuber) Olson who preceded him in death along with his sister, Dorothy. Neal married Ellen M. Wing on July 27, 1957 at Hope (previously Norwegian) Lutheran Church in Wautoma, WI.

At Wautoma High, Neal was a stand-out athlete in football, baseball and basketball. At UW-Madison, Neal was a member of the 1954 Badger football team. He transferred to UW-Oshkosh and was the captain and MVP of the Titan’s football team in 1956 while earning All-Conference honors in 1958.

Neal took a job teaching English in Wautoma and became the high school football coach.  He taught physical education and health at Dafoe Junior High School and was the junior high basketball coach.  He retired in 1990.

Neal had a passion for the outdoors. He loved fishing, hunting and spending time on Norwegian lake with family and friends. He was a loyal Wisconsin Badger/Packer fan and the most important thing to him was tradition and his family.

Funeral services will be held at Hope Lutheran Church (301 E. Mt. Morris Ave.) Wautoma, WI on Tuesday, December 5, 2017 at 11:00 AM with Pastor Mike Thomas officiating.  Visitation will be held at Hope Lutheran Church on December 4, 2017 from 5:00 to 7:00PM and December 5, 2017 from 10:00 AM to time of service. A luncheon will be provided immediately following the service.  A memorial will be established to create an educational scholarship for graduates of Wautoma High School in the name of Neal E. Olson.

The family wishes to express their heartfelt appreciation to Dr. Michael Shattuck MD and Agnesian Hospice, especially Bev, Joy, Jodi and Noreen for their compassionate care.

To order memorial trees or send flowers to the family in memory of Neal Olson, please visit our flower store.