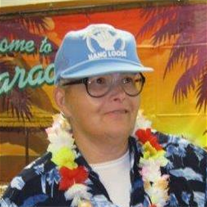 Michael Edward Hakala, age 68, of Wautoma, passed away suddenly on Monday, June 6, 2016 at his home.

Michael and his family moved from Chicago to Wautoma in 1980. He was employed at Waushara Industries for a number of years and also mowed lawns and shoveled snow in Wautoma. He loved reading and attending the EAA in Oshkosh every year. Michael will be fondly remembered for the many home improvement ideas he shared with friends. He was a member of St. Joseph Catholic Church in Wautoma.

He is survived by cousins and other relatives along with his special friends,
Terry and Cindy Martz and family of Wautoma.

He was preceded in death by his parents and his brother, Dennis.

Michael will be laid to rest with his parents and brother at Calvary Cemetery in Wautoma.

To order memorial trees or send flowers to the family in memory of Michael Hakala, please visit our flower store.