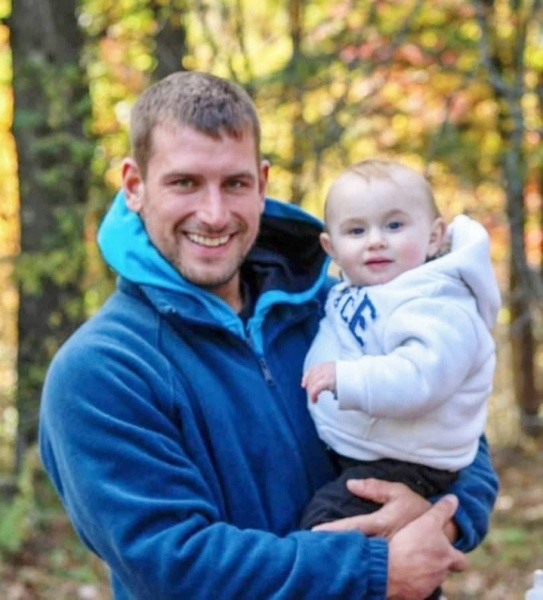 Michael Allen Chmiel, 30, passed away unexpectedly on November 29, 2021 when he lost the battle to his struggle with addiction.  He touched the lives of so many in his short years and left an indelible imprint in each of them.  We deeply mourn his passing and lovingly celebrate and remember his life.

Michael was born June 29, 1991, in Skokie, IL, to John and Lynetta Chmiel.  He graduated from Wautoma High School with the class of 2010.  In 2019 he asked Jacqueline Lochinger to be his bride and they were married in a simple outdoor wedding ceremony on top of the mountain in Mt. Morris, WI.  With Jacqui he fathered 2 step daughters and 4 biological children.

Michael was a son, brother, father, husband and a true friend to many.  He was an amazing person with an engaging smile that no one could forget.  A hard worker, he not only loved his job but also the people he worked with and for, because they were like family to him.  In the last year of his life he passionately took up the sport of fishing, catching and releasing some of the biggest fish ever seen in Wautoma!

Everyone who knew him would agree he was hard headed and stubborn.  If he got something in his head he wouldn’t quit until he succeeded. It was one of his best qualities but also his worst enemy.  A big, goofy kid at heart, everywhere he went he brought laughter and had a way of making people feel good.  Michael had the biggest heart and was the friend everybody asks for and was always there for everyone and anyone.

A visitation at 1:00 followed by a service at 3:00 will take place on Saturday, December 11, at Waushara Community Church, N2126 22nd Ave., Wautoma, WI, with Pastor Adin Crandall officiating.  In lieu of flowers memorials would be appreciated.

To order memorial trees or send flowers to the family in memory of Michael Chmiel, please visit our flower store.