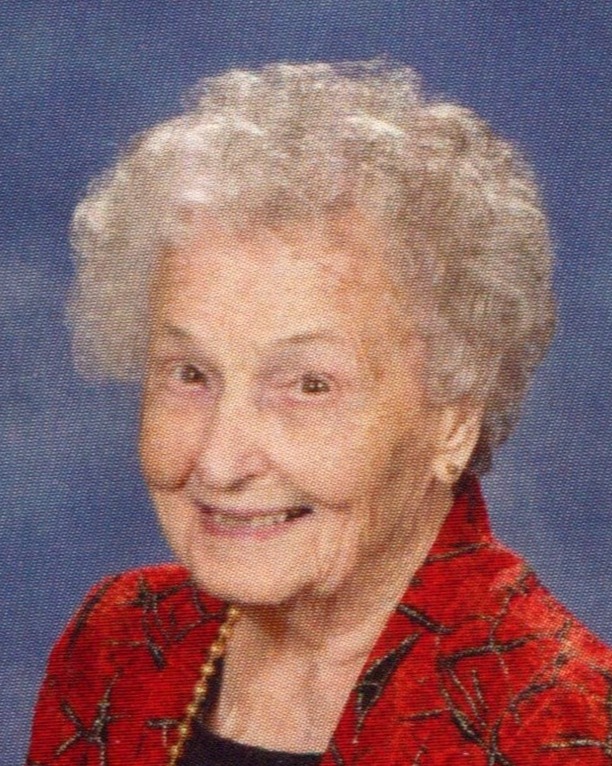 Mary E. Bainbridge, age 99, of Wautoma, passed away Sunday, October 30, 2022 at Silver Lake Manor in Wautoma. Mary was a lifelong member of the United Methodist Church, known for her creativity, kindness, and talents. As a nurse, and later an instructor of nursing in Stevens Point, she left a legacy of care, evident in her students and her community. Many received homemade knitted gifts as she knit and purled her love far and wide.

Mary was born December 1, 1922 in Valparaiso, Indiana. Her parents were Mervin and Mary (Kempf) Humphrey, and had two siblings, Alfreda and Edwin. After High School, she graduated from the Reid School of Nursing in Richmond, Indiana in 1944 and went on to enlist in the U.S. Army Nurse Corps during World War II, serving from 1944 until the end of the war in 1945.

She met George Bainbridge and they married September 16th, 1945. After moving to Wautoma, they lived much of their married life on Oxford Street. Mary taught nursing and George worked for the electric company. Their family grew with two daughters, first Sandra and then Sue. Neighbors may remember Mary inviting them in for visits, accompanied by the sound of George in his woodshop and a beloved Airedale bounding around.

In addition to her husband and daughters, she was preceded in death by her parents; her brother Edwin; sister Alfreda; and her dear friend Berniece Gaylord.

She is survived by her son-in-law Chuck Ahern and nieces and nephews. In addition to her family, Mary will be lovingly remembered by her longtime friend, Rae Miller and by countless members of the community to whom she has been an honorary aunt, sister, mother, and grandmother.  She has been a wonderful friend, neighbor, singing partner, teacher, mentor and partner in fun. Mary enjoyed hospice work, clown ministry and rug hooking. In her later years, she and her friends cruised around town, keeping up with social engagements, her smile always radiant. She kept our hearts warm and our fingers and ears from freezing many a Wisconsin winter.

Funeral Services will be held on Monday, November 7, 2022 at 11:00 a.m. at Grace United Methodist Church in Wautoma with Rev. Stephanie Taylor officiating. Burial will be at Wautoma Union Cemetery.

Visitation will be held on Monday at the church from 10:00 a.m. until the time of services. A memorial has been set up for a Wautoma High School student entering the nursing field.

To order memorial trees or send flowers to the family in memory of Mary E. Bainbridge, please visit our flower store.