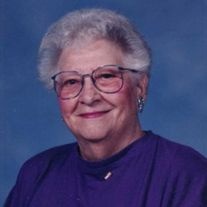 She was born January 24, 1917 at Chicago, IL, the daughter of Emil and Louise (Schafner) Haug. She married Robert H. Willems on September 11, 1929 at Our Lady of Mercy Catholic Church in Chicago. He preceded her in death on October 30, 1983.

In addition to her husband, she was preceded in death by her parents; her sister, Lucille Stark; and by her son-in-law, Billy Basso.

Visitation will be held on Wednesday at the Church from 5:00 p.m. until
the time of services.

The family wishes to extended heartfelt appreciation to the staff of Silver Lake Manor for their loving and compassionate care.


To order memorial trees or send flowers to the family in memory of Loretta Willems, please visit our flower store.