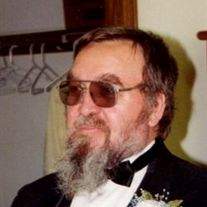 Lewis "Lewie" Robert Leone, age 68 of Lohrville, passed away Sunday morning, March 22, 2015 at his home. He was born on December 23, 1946 in Lohrville to Sam Sr. and Elsie (Boeck) Leone. Lewis was baptized and confirmed at St. Mark's Catholic Church, Redgranite. He attended Wautoma High School. Lewis worked at Morgan Doors in Oshkosh, Berlin Tannery in Berlin and Berlin Rendering Company, also known as Dar-Pro Solutions in Berlin before retiring after 30+ years in 2008. He enjoyed hunting, fishing, being outdoors and spending time with family. Lewis taught many of his nieces, nephews and friends his many driving talents. Lewis enjoyed his evening runs with his kids: Mickey, Max, Sunshine and Shadow - his loving dogs.

Funeral services will be held 12PM (NOON) on Wednesday, March 25, 2015 at Leikness Funeral Home, Wautoma. Officiating at the service will be Rev David Greskowiak with burial in St. Mark's Catholic Cemetery, Redgranite. The family will greet relatives and friends on Wednesday at Leikness Funeral Home from 10AM until the time of services at 12pm (NOON).

To order memorial trees or send flowers to the family in memory of Lewis Leone, please visit our flower store.