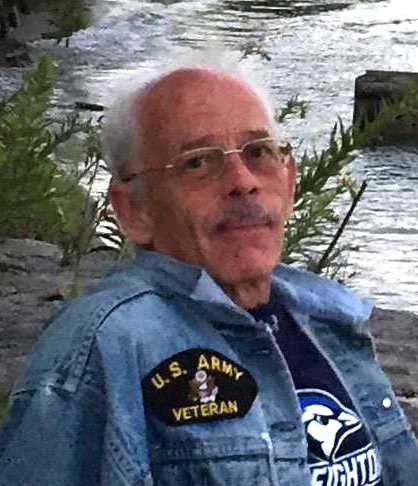 Lawrence “Ty” Anthony Kane III, 65, of Wautoma, Wisconsin, formerly of Milwaukee, Wisconsin, passed away peacefully in his home next to his beloved wife and daughter on November 27, 2021. He is survived by his wife Julie, his daughter Mallory, his three sisters Kay, Chris, and Connie, and his two brothers Terry and Tim. He is further survived by many cherished friends and colleagues.

Larry was born and raised in Cincinnati, Ohio. He graduated from St. Xavier High School in 1974, followed by receiving his B.A. from Creighton University in 1978 and his M.Ed from Xavier University in 1981. A true Jesuit boy! Larry served in the U.S. Army Reserves for 20 years and retired from the Army as a Major in 2002. He moved to Wisconsin following his graduation from Xavier University and worked as a mental health professional for 32 years. Recently, Larry joined the Board of Advisors at Peace 360 Initiative and aided their non-profit global organization to provide mental health conflict resolution and disaster relief services to vulnerable populations around the world.

Larry was a compassionate and spiritual man who found peace and solace helping those in need. Larry was a Fourth-Degree member of the Knights of Columbus and served as secretary for the local council.  In July of 2021, Larry was proudly ordained a minister within the Order of Saint Luke. He spent much of his time living out God’s word. He volunteered at the Waushara County Food Pantry, participated as a lector at St. James, and was actively passionate about clean water initiatives.

Larry was a voracious reader and passionate writer. He loved poetry, Thomas Merton’s writing, Scripture, and non-fiction. Below is an excerpt from one of Larry’s many poems.

Everything changes, just one look

I am calvary through You

The brightness that cut through that night

My mind, my heart humbled by Your gaze

Racing with trepidation over the still blue Pacific Ocean.

Larry was an avid outdoorsman and loved the serenity of the natural world. Larry loved his dogs, especially his faithful friend Allie.

Larry, in his final months, was diagnosed with cancer. The cancer progressed quickly and won the battle.

A funeral service and celebration of Larry’s life will be held on Friday, December 3 at 10 AM CST at St. James Catholic Church in Neshkoro, Wisconsin. Visitation begins at 9:30 AM and a luncheon will begin following the church service. In lieu of flowers, we encourage donations that may be made to honor Larry’s memory to Peace 360 Initiative at https://www.facebook.com/fund/Peace360initiative/

To order memorial trees or send flowers to the family in memory of Lawrence "Ty" Kane III, please visit our flower store.