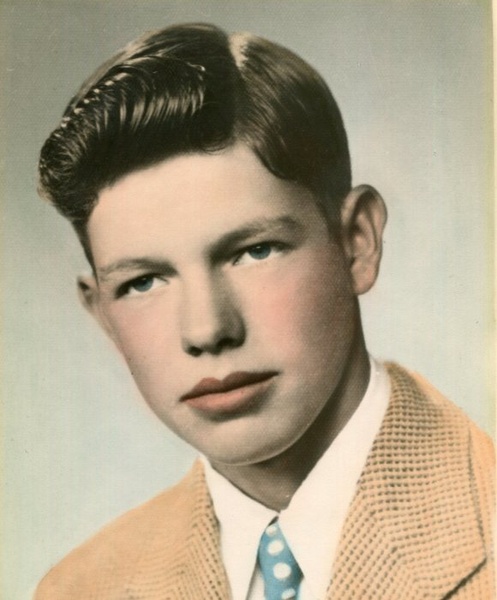 Laurence grew up in Pardeeville, WI and attended Riverside School, and graduated from Pardeeville High in 1951. Then joining his “Army buddies”, John Severson and Don Hansen as Emergency Reinforcement for three years. Later, Laurence began his career in farming starting at the Honey Acres Farm in Pardeeville, WI, then the Princeton Farm in Princeton, WI followed by the Weiland Farm in Coloma.

He retired in 2001 and moved a few houses north of his family homestead where he then needing to always keep busy, drove for the Amish. Laurence also tended to wood making/piling for winter, his apple trees and feeding the birds. Laurence was not a “sociable person” as he would always say. If you wanted to see/visit him you had to go to his house or call him, which he always appreciated. Laurence was a very strong hardworking man. Not a quitter. A “by the book” kind of man. Laurence was raised as Lutheran. He was very thankful for the “good people” in his life, mostly the Amish.

Laurence was preceded in death by his parents; twin baby boys; and infant son, Roger Allen; nephew, Travis; brother Paul; sister, Serene; and infant twin brother and sister.Per Laurence’s wishes, there will be no services.

To order memorial trees or send flowers to the family in memory of Laurence Berg Jr., please visit our flower store.