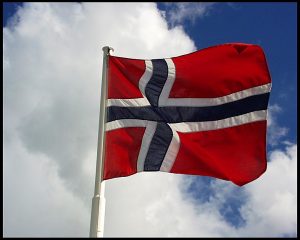 Lars A. Rogeberg age 75 passed away peacefully with his loving family surrounding him on Saturday, January 20, 2018. Lars was born on July 17, 1942 in Madison, WI. He was the son of Arvid and Eleanor Rogeberg. He married the love of his life, Marilyn Niesen on June 8, 1963. They would have celebrated 55 years of marriage this summer.

Lars served a term as a Dane County Supervisor in the1970’s. After years in the optical business, he became the nursing home administrator at Sun Prairie Health Care Center where he retired after 32 years. During this time as the administrator, he was the District 2 President and was on the WHCA Board of Directors for 28 years.

Lars took great joy in playing Santa for over 40 years. He also enjoyed many sunsets on Bughs Lake in Wautoma with Marilyn and friends while telling his famous stories.

A time of remembrance will be held at 5:30PM on Friday, January 26, 2018 at Leikness Funeral Home, Wautoma. The family will greet relatives and friends at the funeral home from 3PM until the time of remembrance at 5:30PM. In lieu of flowers, memorials to the Waushara County Food Pantry would be greatly appreciated.

To order memorial trees or send flowers to the family in memory of Lars Rogeberg, please visit our flower store.