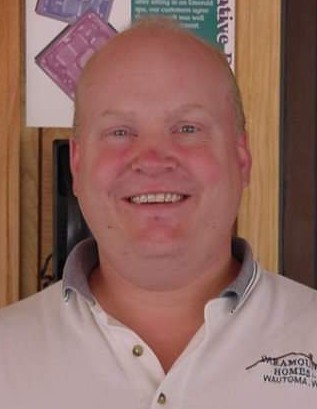 Kurt Alan Schoenberger, age 55 of Wautoma transitioned back to Heaven at 1:00AM on March 17, 2022 at Thedacare Regional Medical Center, Neenah after battling a sudden brain tumor. He was born in Wisconsin Rapids on August 4, 1966 to Jackduane and Carol (Heiser) Schoenberger.

Kurt was an All-Conference tennis player at Two Rivers High School and upon graduation he accepted a scholarship to UW-Green Bay. He was a competitive man and developed a powerful set of characteristics that would lead him down many avenues. He graduated with a business degree and minored in communications. He taught tennis at Camp North Star, a summer camp for boys. After school, he took a job selling patio furniture in Columbus, OH where he developed a liking for the Buckeyes. After a short while, he decided he wanted to be closer to home. He moved to Waukesha where he went on to meet his wife, Tanya. They were married for 26 years until Tanya passed away in 2020.

Kurt was a businessman; he sold modular homes for 25 years and invested in real estate. He had an intense passion for many things: billiards, golf, movies, grilling out, card games, his friends, his wife and children. His favorite saying, by a favorite band, Rush was, “If you choose not to decide, you still have made a choice.” That is exactly how he lived. Kurt was a decisive, tactful and driven to help whoever he could. He was always extending a hand to others in the community, always supporting local businesses and spreading love and joy where ever he could.

Kurt is survived his two children: Alex and Anissa as well as his brother: Dave; two cats: Carmella and Holly; a niece, a nephew, other relatives and many friends. He was preceded in death by his parents and wife: Tanya.

A Celebration of Life Gathering will be held on Wednesday, March 30 2020 at Leikness Funeral Home, Wautoma from 5PM to 7PM with a Prayer Service at 7PM. www.leiknessfuneralhome.com

To order memorial trees or send flowers to the family in memory of Kurt Schoenberger, please visit our flower store.