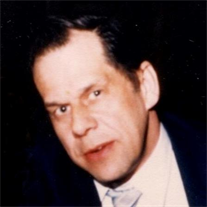 He and his wife resided in Wilmette, IL for many years prior to moving to the Town of Mount Morris in the early 1990's. Ken operated the Wild Rose Machine Shop until his retirement. He enjoyed flying and was active at the Idlewild Airport in Wild Rose. He was a member of Mount Morris Holden Lutheran Church.

Memorial Services will be held on Saturday, Feb. 11, 2017 at 3:00 p.m. at Mount Morris Holden Lutheran Church with the Rev. Barbara Girod officiating. Burial will be in the parish cemetery at a later date.

To order memorial trees or send flowers to the family in memory of Kenneth Lapp, please visit our flower store.