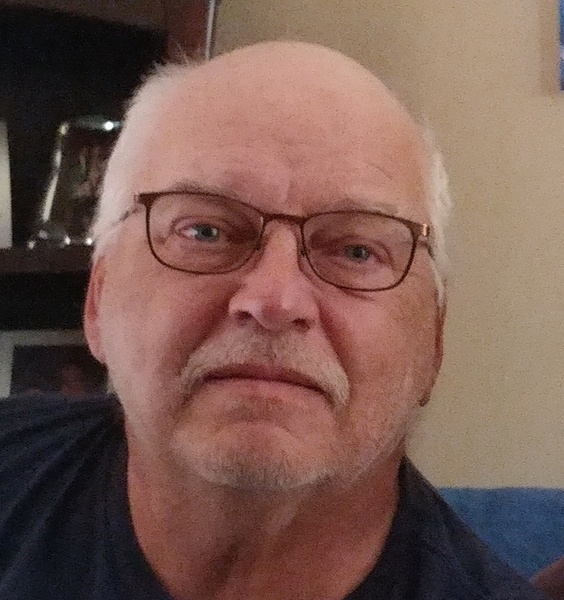 Ken Fraser, of Coloma, WI passed away unexpectedly on August 15, 2002 at the age of 64. He was born in Winnipeg, Manitoba to Gordon and Lesley (Lovejoy) Fraser.

Ken spent most of his childhood growing up in Stony Mountain, Manitoba. Then the family moved to Winnipeg and he attended Tec-Voc High School where he studied commercial baking. A few years after school he moved to Calgary, Alberta which is where he learned to drive trucks. In his professional trucking career he logged nearly 4 million miles and visited 48 US states and 9 Canadian provinces.

In 1999, he moved to the United States to marry Shelley Rave on September 5th. Together with their children they built a home and a life in Coloma. Ken enjoyed cooking and baking, travelling, visiting with family and friends, and helping out his church when he was home from the road.

Ken will be missed by his wife; daughters Crystal, Jen, Nicole, Emily, son Robert; grandsons Jackson, Mason, and AJ; sister Donna; brother Leonard, and many other relatives, family and friends.

Ken was preceded in death by his parents; brother Barry; and sister Sheila.

Memorial services will be held on Tuesday, August 23, 2022 at 12 noon at Prince of Peace Lutheran Church in Coloma with Vicar Matthew Walsh officiating.

Visitation will be held on Tuesday at the church from 11:00 a.m. until the time of services. If desired, memorials may be made to the family in Ken’s memory.

To order memorial trees or send flowers to the family in memory of Kenneth Robert Fraser, please visit our flower store.