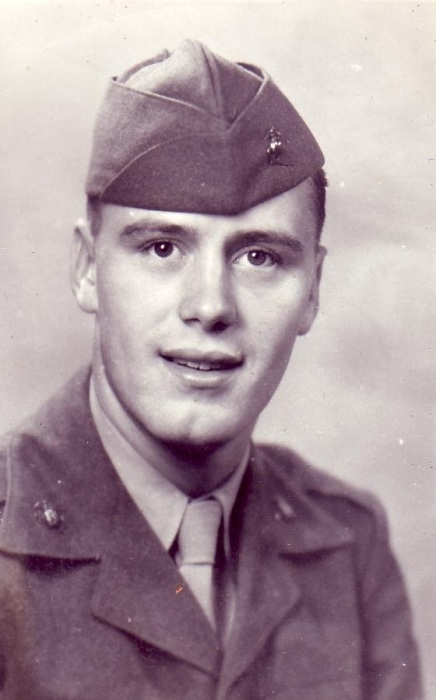 Kelly was born on December 30, 1931, in Richland Center, WI, to Chester and Lulu Clark.  He served in the United States Marine Corps from 1950 to 1953 when he was honorably discharged as a Staff Sergeant.

Upon graduation from Madison Business College, Kelly was employed by Smith Kline & French Laboratories where he worked for 33 years until his retirement in 1992 as a Senior Professional Service Representative.  During these years he formed many lasting relationships.

Kelly is survived by his wife, Mary Clark, of Wautoma; two sons Kevin (Carole) Clark, of Hancock, and Scott Clark, of Rochester, MN; and his grandson, Douglas Clark, of Sheppard Air Force Base, TX.  Kelly was preceded in death by his parents.

A private funeral service was held on Sunday, April 9, at Leikness Funeral Home in Wautoma.  A graveside service will be held at Fish Lake Cemetery in Hancock at a future time.  The family would like to direct memorials to the Semper Fi Fund in memory of Kelly C. Clark, USMC (https://semperfifund.org/donate/).

To order memorial trees or send flowers to the family in memory of Kelly Clark, please visit our flower store.