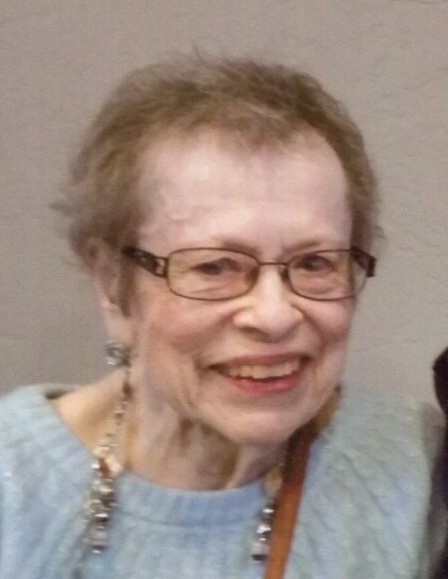 She was born April 12, 1934 in Marshfield, the daughter of E. Lloyd and Gladys (Reeder) Young. Kathy graduated from Wautoma High School in 1952 and attended St. Agnes School of Nursing in Fond du Lac and The Cradle in Evanston, Illinois where she attended many Cubs games. She married Donald Bertzyk on Jan. 29, 1955 at St. Joseph’s Catholic Church in Wautoma.

She and her husband raised their nephew, Dick Bertzyk from infancy and had two sons, David (Denise) Bertzyk and Scott Bertzyk. Kathy worked at the Wautoma Hospital from the day it opened until the day it closed and then at Berlin Memorial Hospital for 16 years, retiring in December of 1977. She joined Wautoma Women’s Club in 1957 and was a member until it disbanded. Kathy was a member of the Stevens Point DAR and Grace United Methodist Church where she was very active singing in the choir for many years. She also belonged to the Church Council, United Methodist Women, Good Morning Circle, Membership Committee, Memorial Committee, and Christian Education Committee.

Kathy was passionate about the Chicago Cubs and Green Bay Packers, and passed on her passion to her entire family. She was an avid reader and a world-class cook. She loved to travel, especially to Las Vegas, and spending time with her grandchildren and great grandchildren.

Funeral services will be held at 12 Noon on Friday, August 28, 2020 at Grace United Methodist Church in Wautoma. Burial will be at Wautoma Union Cemetery.

Visitation will be held on Friday at the Church from 9:00 a.m. until the time of services. In lieu of flowers, memorials to Grace United Methodist Church, P.O. Box 589, Wautoma, WI 54982 would be deeply appreciated.

To order memorial trees or send flowers to the family in memory of Kathryn Bertzyk, please visit our flower store.