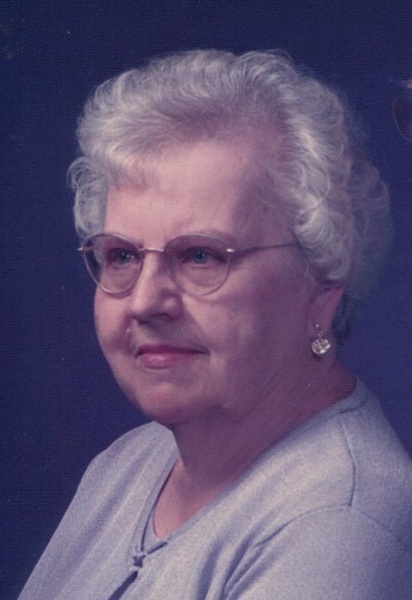 Kathy Senkbeil of Wautoma, passed into the loving arms of her Savior, Jesus Christ, on Sunday November 17, 2019, after a long struggle.

She was born in Sheboygan, April 24, 1931, the daughter of Fredrick and Mathilda (Leonhard) Fesing. She was the oldest of nine children; Donald, Bernice, Norman, Jerry (Germaine), Diane, Karen (Ron) Detiege, Joan and an infant brother Kenneth. She attended local schools.

She met and married her life-long love, Walter Senkbeil. They were married October 1, 1949, and recently celebrated their 70th anniversary with family at Rosemore Village in Wild Rose where she had resided since May, 2018.

She was a member of St. Joseph’s Parish, a member of the Council of Christian Women, where she presided as president, vice-president, & Woman of the Year. She was talented in craft-making for the church boutique.  Kathy loved to bake, and Christmas was a jamboree of delicious treats.  She was an accomplished seamstress, making most of her children’s clothes.

Kathy worked at St. Nicholas Hospital as an aide. She was then employed at Evans in Sheboygan for 23 years until she retired with her husband to “God’s Country,” “The Pines.”

The family would like to extend a whole-hearted thank you to the staffs of Rosemore Village & Agnesian Hospice for all of the love, care & support they have given to Wally & Kathy during her stay.

A Mass of Christian Burial will be held on Thursday, Nov. 21, 2019 at 11:00 a.m. at St. Joseph Catholic Church in Wautoma with Rev. David F. Greskowiak officiating. Entombment will be at Greenlawn Memorial Park in Sheboygan.

Visitation will be held on Thursday at the Church from 10:00 a.m. until the time of services. A memorial is being established for St. Joseph’s CCW, 364 S. Cambridge St. Wautoma.

To order memorial trees or send flowers to the family in memory of Kathleen Senkbeil, please visit our flower store.