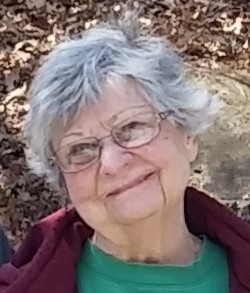 Judith “Judy” Strehlow, 84, of Wautoma, died unexpectedly on Monday, June 6, 2022.  Born in Milwaukee in 1938, she was the daughter of Gilbert and Norma (nee Schneider) Kremer.  She was big sister to Jim, who preceded her in death in June, 2021.  Judy graduated from Milwaukee Lutheran High School.  In 1952, at age 14, she met Neal Strehlow at a youth group church picnic at Greenfield Park. They married in 1958 at Cross Lutheran Church.   In 1959, they welcomed a son, Mark, who passed away in 1995.  In 1967 they adopted Christine, and in 1969 Rebecca was born and rounded out the family.  Judy spent her working career as a secretary and enjoyed being a stay-at-home mom.  She volunteered her time at Northwest Lutheran School as a room mother.  Judy gave countless hours to Berea, Covenant, Faith and Trinity Lutheran Churches as a Sunday school teacher, youth group leader and organizing funeral dinners.  Her happiest memories were as a chaperone at Lutheran youth gatherings in New Orleans and Kansas City.

The family moved to Appleton in 1980, and after retirement to “The Lake” in Mt. Morris.  Last year Neal and Judy moved to Wautoma.  An avid reader, Judy cherished time with friends and family, especially at “The Lake”.

Judy is survived by her husband Neal, daughters Christine (Todd) Williams and Rebecca (David) Hildeman and daughter-in-law Gloria Strehlow.  She was “grandma” to Ryan (Alexis), Mitchell (Jackie), Kari (Jerry) and Matthew and “great-grandma” to Landon and Cameron.  Another great-grandson is expected in October.

To order memorial trees or send flowers to the family in memory of Judith N. Strehlow, please visit our flower store.