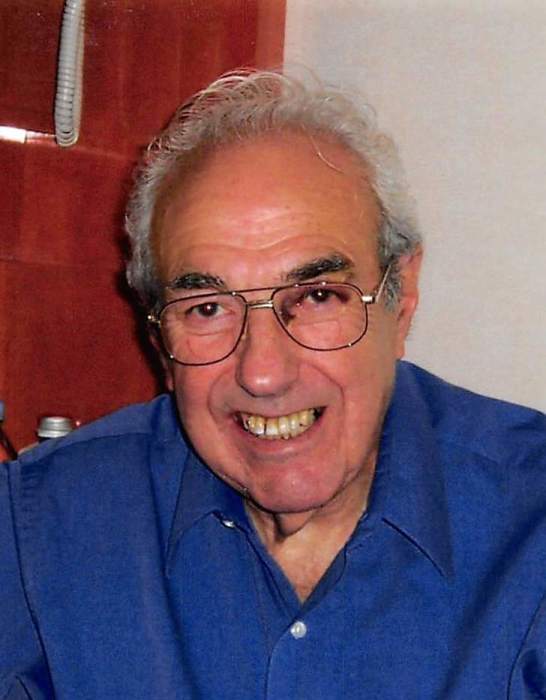 Joseph Dominick Russo Sr., age 92, longtime Wautoma Businessman, died Saturday, November 17, 2018 at Heartland House in Wautoma. He was born on July 13, 1926 in Cicero, IL to Dominick and Mary (Leo) Russo. Joe was baptized Catholic, took his first Communion at age 7 and was confirmed at St. Vincent Catholic Church at age 12. After high School, Joe then attended Washburn Trade School to learn Drafting. In July of 1944, he was married to Loretta Benfield by the Justice of the Peace and 3 years later was remarried at St. Vincent Catholic Church. The couple later divorced in 1973. Joe enlisted in the United States Army Air Force on December 15, 1944 and was assigned to the 24th Combat Mapping Squadron and 5th Recon Squadron. Joe served as a crew chief for the C47, mechanic on the B29 and photographed areas of combat. He was Honorably Discharged on December 29, 1946. Joe received Veteran Job Training for standard X-Ray Drafting Machines. He worked at Oscar Mayer and UPS part-time. Joe then worked for Sergent & Loundry from 1950-1955 doing drafting for nuclear power plants. In 1955, he owned and worked as a chef at BiGimini Pizza Restaurant until 1960. In 1960, he moved to Wautoma and started farming until 1963. Joe then went to work for Don Hogan Architecture from 1963-1968 where he did drafting for Omro High School, Tomah Hospital and Senior Home, Wisconsin Rapids Bank and Phone Company. In 1968, Joe earned his Stock Broker License and was employed by IDS, Edward D. Jones, Offerman and Abecus and retired in 2007. On May 21, 1973 he married Phyllis Endthoff at the Methodist Church in Westfield. Joseph said God answered his prayers that lead him to Phyllis. He was a member of St. Joseph Catholic Church and also attended Grace United Methodist Church with his wife, Phyllis. Joe was a member of Wolman-Minskey American Legion Post 317 and served as past commander. He belonged to Wautoma Masonic Lodge 148, Wautoma Lions Club and 4th Degree Knights of Columbus. He will be sadly missed by his family and many friends.

To order memorial trees or send flowers to the family in memory of Joseph Russo Sr., please visit our flower store.