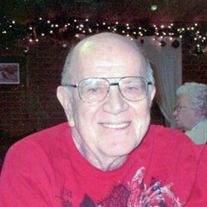 He was born January 19, 1931 in Milwaukee, the son of John and Anne (Szopinski) Hildebrand. He married Joyce (Draves) Merryfield on April 1, 1967 at Brown Deer United Methodist Church. She preceded him in death on March 1, 2014.

Mr. Hildebrand served his country in the U.S. Army during the Korean War with the First Cavalry-24th Division, and the 724th RTC. He and his late wife resided in Milwaukee where he was the owner of Suburban Soft Water for many years until his retirement. They moved to Wild Rose in 2006.

In addition to his wife, he was preceded in death by his parents, and by his stepson, Steven Merryfield.

Committal services will be held on Friday, May 9, 2014 at 11:00 a.m. in the Chapel of Graceland Cemetery, 6401 N. 43rd. St. Milwaukee with Rev. Paul Armstrong of Brown Deer United Methodist Church officiating. Military Honors will follow.


To order memorial trees or send flowers to the family in memory of Joseph Hildebrand, please visit our flower store.